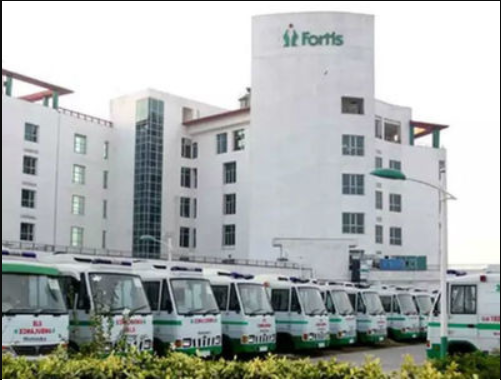 NEW DELHI: Infusing cash into Fortis Healthcare upfront would take less than two months to execute and improve the company’s operations, claimed Sunil Munjal of Hero group and Burman family members Anand and Mohit of Dabur, a day after they joined the takeover battle for Fortis.

The Munjal and Burman family offices, the latest entrants into the battleground for Fortis, are jointly competing with offers from a consortium of Manipal and TPG and IHH Healthcare Bhd to acquire stake in the hospital group.

The Hero-Dabur duo submitted a proposal on Thursday to inject Rs1,250 crore into Fortis and keep its existing structure intact. This proposal would see the two increasing their stake in Fortis by up to 16.5-17% from around 3% currently, according to them.

While Manipal-TPG have first rights and can get back to Fortis with a revised offer by next Thursday, Fortis is in need of immediate cash and may not have the capacity to undergo a demerger process at this time, they said.

“The problem is nobody has put money directly into the company so far. All the offers that have come in so far are to restructure (Fortis)…this is why our offer becomes far superior,” he said. “The other offers are more complex, demanding the restructuring of the organisation and I’m not sure the organisation has the capacity or patience at this time to go through all this restructuring,” he added.

According to him, infusing Rs500 crore upfront would help stabilise the company and allow it to focus on aspects like patient care instead of “outstandings and creditors.”

The Munjal-Burman team has sought a seat at the board to ensure that the money they give to the company is used for purposes like paying employee dues and matured loans. It has also sought three weeks to conduct due diligence before adding the remaining Rs750 crore.

“If we’re putting in Rs 500 crore, it makes sense that where the money is going is monitored to a certain extent. The whole idea is we want to plug on the payments that have to be made to make sure that the business is run sufficiently,” Mohit Burman told ET.

“In our offer, the money is going directly into the company to strengthen it, from which every shareholder gains,” said Munjal.

The demerger proposed by Manipal-TPG entails several steps and clearances from the court, stock exchanges and the income tax department, according to Anand Burman.

“What is the company (Fortis) going to do for funds until then?” he said. According to him, if the operations of Fortis take a financial hit during this time, the quality of its services will drop. “I don’t have to explain what happens to the shareholders after that,” he added.

According to the Burmans, who have experience in the oncology segment through Dabur Pharma, Fortis is an “undervalued” asset.

“And to replicate an asset like this? Impossible,” Anand Burman, chairman of Dabur India Ltd, told ET.

The battle for Fortis has heated up in the last two weeks since Manipal Health Enterprises submitted its offer to acquire the healthcare group’s hospital and diagnostics business, with Malaysian healthcare group IHH submitting its own bid of Rs 160 per share on Thursday.