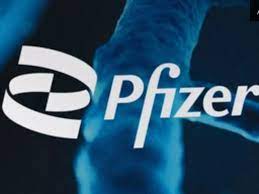 Pfizer may offer its Covid antiviral drug Paxlovid at lower prices for low and middle income countries (LMICs), including India, as an interim measure as the cheaper generic versions may not be available until later this year.

The company on Wednesday said it is in discussions with several nations, including India, to introduce Paxlovid. Pfizer has entered into advance purchase agreements with multiple countries. Sources told ET that Pfizer is yet to apply for emergency use authorisation in India.

The country is seeing a surge in Covid cases fuelled by the Omicron variant, and Pfizer’s Paxlovid – a combination of nirmatrelvir and ritonavir – appears to be effective across variants. The antiviral has been approved in the US, the UK and other countries for emergency use.

The UN-backed Medicines Patent Pool (MPP) signed a voluntary licensing agreement with Pfizer in November, allowing the US-based drugmaker to grant sub-licences of Paxlovid to qualified generic drugmakers for supplying in 95 LMICs including India.

“We have received well over 100 applications and the process is currently ongoing. Once the (deadline for submitting) EoIs (expressions of interest) closed in December, the applications are blinded and the evaluation starts. We check each company through a number of criteria to ensure quality of production, this is then shared with Pfizer,” said an MPP spokesperson.

‘Vigorous Process’
“With the checks ongoing, the current timeline for Pfizer sub-grantees to have signed a licence with us is February,” the spokesperson added.

MPP said those who sign will then be in a position to move to the next process that entails showing their product works as well as the original drug and getting quality approval from a regulator in an advanced country such as the US FDA, Emergency Medicines Agency (EMA) – the EU drug regulator – or secure WHO prequalification.

WHO prequalification determines the capacity of a manufacturer to produce a product of consistent quality as per international standards.

“Realistically these generic versions will not be available until later this year,” the spokesperson said. “Pfizer is aware of this and is offering a tiered pricing for low and middle income countries in the interim,” the spokesperson added.

MPP said the process is taking time because of the “vigorous process” that has to be adhered to.

“It is true that the process may seem slow from the outside, but we are talking about life-saving medicines that need to be equivalent to the originator product. Therefore there is a vigorous process that has to be adhered to. We have shortened these times as much as possible; the demand has been very high and we want to make sure that the best are selected,” MPP said.

Executives of drug companies in India that have applied for a sub-licence of Pfizer’s antiviral drug said the process of developing the drug is underway.

“We will be able to launch the Paxlovid generic in two months if the sub-licence is given at the earliest and the Indian drug regulator clears the application for emergency use,” said a top executive of a pharma company who didn’t want to be named.

Executives said the nirmatrelvir in Paxlovid is a novel and complex molecule to manufacture, and currently the key starting materials for the drug are sourced from a few manufacturers in China, and getting a reference product to establish bioequivalence would be challenging. “This will make even the generic version of Paxlovid at least 10 times more expensive than molnupiravir,” another executive said.

India last week approved generic versions of Merck Sharp Dohme (MSD) and Ridgeback Biotherapeutics’ Covid antiviral drug molnupiravir. The most affordable version costs Rs 1,400 for the full course. Reuters had reported that the US government is paying around $530 per course (Rs 39,500) as part of its agreement to buy 10 million doses of Paxlovid from Pfizer.