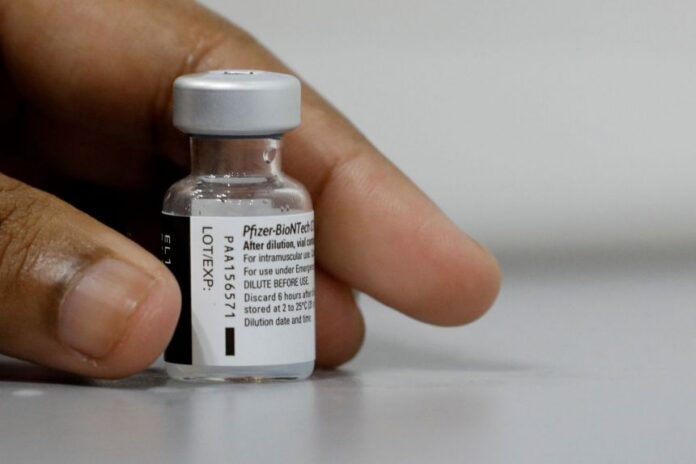 New York : The Covid-19 vaccine from Pfizer Inc and BioNTech SE was able to neutralise a new variant of the coronavirus spreading rapidly in Brazil, according to a laboratory study published in the New England Journal of Medicine on Monday. Blood taken from people who had been given the vaccine neutralised an engineered version of the virus that contained the same mutations carried on the spike portion of the highly contagious P.1 variant first identified in Brazil, the study conducted by scientists from the companies and the University of Texas Medical Branch found.

In lab experiments, the shot demonstrated “roughly equivalent” levels of neutralising activity against the Brazil and UK strains compared with a version of the virus from early last year. It also showed “robust but lower” activity against the South Africa variant, according to a letter to the New England Journal of Medicine. The spike, used by the virus to enter human cells, is the primary target of many Covid-19 vaccines. While the research needs to be validated with realworld data, it offers another reason for optimism that the Covid vaccines are generally performing well against variants.

In previously published studies, Pfizer had found that its vaccine neutralised other more contagious variants first identified in the UK and South Africa, although the South African variant may reduce protective antibodies elicited by the vaccine. Pfizer has said it believes its current vaccine is highly likely to still protect against the South African variant. However, the drugmaker is planning to test a third booster dose of their vaccine as well as a version retooled specifically to combat the variant in order to better understand the immune response.