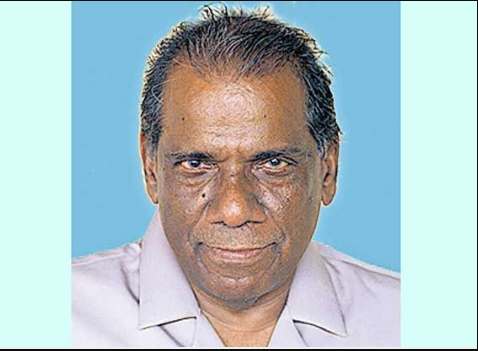 KOZHIKODE: Eminent psychiatrist and founder-director of the Institute of Mental Health and Neuro Sciences (IMHANS), Dr S Santhakumar, 87, passed away here on Thursday.

Santhakumar had been undergoing treatment for kidney ailments at a private hospital for the past two weeks.

He was a recipient of the Dr BC Roy National Award for excellence in the field of medicine in 2003.

After completing his MBBS from Stanley Medical College, Chennai, Santhakumar went on to pursue higher studies in USA, UK and Australia.

He had served as medical superintendent at government mental health centres at Kuthiravattam here and Oolampara in Thiruvananthapuram. He had also worked as head of the psychiatric department at the Kozhikode Government Medical College Hospital (KGMCH) before retiring as vice-principal of KGMCH.

He had written a number of books on psychiatry and had also served as member of the syndicate of the Calicut University.

Clinical psychologist Dr Philip John remembered Santhakumar as a legend with immense vision, relentless energy and the ability to make bold decisions. He pioneered the ‘medical’ discipline of psychiatry in Kerala, taking it away from the “story-telling psychiatry” of those days. His writings that integrated psychiatry and neurology changed the course of this speciality in this part of the world, he said.

Dr Santhakumar is survived by wife Dr M G Usha, daughter Dr Anjali Santhakumar and son Sanjay S Kumar. The funeral will be held at Mavoor Road crematorium at 10am on Friday.