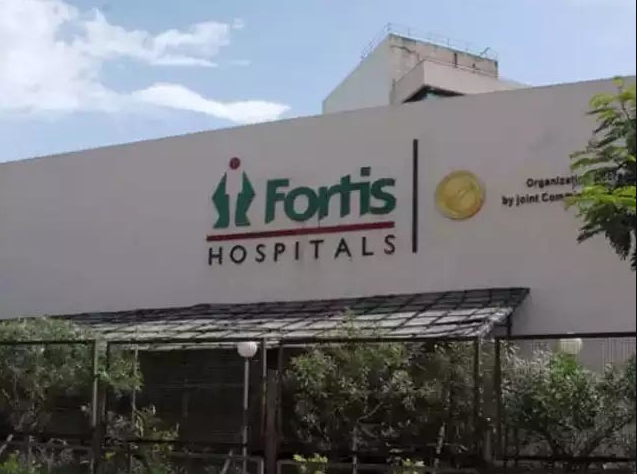 New Delhi: Five of the eight members of the Fortis board went against the recommendations of financial advisers Arpwood Capital and Standard Chartered Bank, and even that of legal adviser Cyril Amarchand Mangaldas, while selecting a joint offer by Sunil Munjal of Hero Enterprises and the Burman family of Dabur group, said multiple sources aware of the matter.

This has further deepened the divide in the Fortis boardroom, putting the spotlight on the independence of many of the directors on the board of the country’s second-largest healthcare chain.

The bids were evaluated on some key parameters such as certainty of the offers including the requirement of diligence, commercial terms including cash exit for shareholders, potential synergies and strategic, financing objectives and local experience. Both Arpwood and SCB recommended IHH, according to people aware of the matter.

Arpwood had an 1 hour opening slot for presenting its recommendation. It lasted three hours. SCB followed and is believed to have made the same recommendations . Both advisors had worked independently and no prior discussions had taken place.

As per the presentations by the financial advisers, IHH’s offer was the best on commercial terms and strategic and financing objectives, while they ranked the Munjal-Burman combine the highest on deal certainty. IHH offered a better “headline value”, or price per share, of 175.

The IHH offer was also rated better on commercial terms because it proposed a definite open offer of Rs 3,350 crore in the second phase of its investment in Fortis compared with a potential open offer by the Munjal-Burman combine. The Malaysian firm’s proposed investment was found adequate to acquire the private equity stake in SRL, Fortis’ diagnostics arm. IHH’s investment was also expected to adequately capitalise Fortis to carry out its acquisition of assets from Religare Health Trust, according to the presentation.

Compared to this, the Munjal-Burman offer had proposed a separate sale process to provide an exit for private equity investors in SRL. This would lead to a “significant financing requirement” if the SRL sale process or rights issue was not completed in time to consummate the RHT transaction, according to Standard Chartered Bank’s presentation.

However, the financial adviser had found the Munjal-Burman bid the best in terms of deal certainty, with low structural complexity and no due diligence. The IHH proposal, in comparison, required due diligence before infusing the additional Rs 3,350 crore and its structure was slightly more complex, requiring a tender offer process.

The IHH proposal was expected to take at least three months less to execute compared with the Munjal-Burman plan, according to the presentation.

SHAREHOLDER APPROVAL
The likelihood of both the Munjal-Burman and IHH proposals receiving shareholder approval was expected to be equally high.

Considering several bids had part binding and part non-binding components, the legal adviser had said the Manipal offer was the strongest if only the binding parts were taken into consideration. The Manipal-TPG consortium was ready to put Rs 2,100 crore upfront into the company compared with Rs 1,050 crore by Munjal-Burmans and Rs 650 crore by IHH.

The IHH offer, according to people present in the board meeting, was the cleanest structurally and offered the maximum to the shareholders, having agreed to commit $1.1 billion into the company. However, what went against it was the insistence on a seven-day due diligence. “IHH had in fact brought down the earlier request of three weeks. Even then it was held against them,” said an official on condition of anonymity, as the discussions were private and confidential.

Both advisers had opined that seeking time for diligence was not a big enough risk. IHH had already done a detailed analysis of the company last year, before walking out of the deal due to the then ongoing legal battle with Daiichi Sankyo.

Some of the board members insisted that Munjal-Burmans are Indian entities and therefore more adept at dealing with and managing the “the local environment”.

“It’s become a case of a totally divided board — all the members brought in by the erstwhile promoters supported Munjal-Burmans while the new inductees were against their bid,” said an official. “It’s all recorded in the minutes of the meeting.”

RAISING QUESTIONS
These older members are also under the spotlight as investors such as Eastbridge and Jupiter along with Rakesh Jhunjhunwala, who together represent 13% of the company, have questioned their credibility. The first two have sought an extraordinary general meeting on May 22 to replace these members.

While board chairman Harpal Singh is the father-in-law of Malvinder Singh, Brian Tempest was the MD of Ranbaxy under the Singhs while Lt General Tejinder Singh and Sabina Vaisoha are believed to be old family friends of the Singhs.

In response to ET’s emailed queries about the development, Brian Tempest, independent director at Fortis Healthcare who presided over the last board meeting, said, “The board took legal risk advice from its legal advisers, took financial advice from its two financial advisers, took financial/legal advice from the Expert Advisory Committee and made an overall decision based on certainty and liquidity after 15 hours of consultation and discussion during the 10th May board meeting.”

Tempest, along with four others, recommended the Munjal-Burman offer to shareholders for approval over the proposals by IHH, Manipal-TPG and Radiant Life Care-KKR.

Without disclosing names, Tempest said the Munjal-Burman proposal had the support of the majority of the eight-member board, including the oldest serving directors.

However, it has been reliably learnt that all three independent members recently inducted into the board to improve transparency in the bidding process — Ravi Rajagopal, Suvalaxmi Chakraborty and Indrajit Banerjee — had voted for either IHH or Manipal.