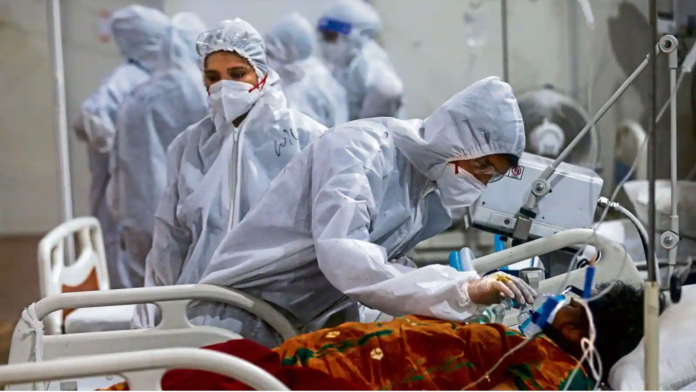 New Delhi : Relief to consumers from a reduction in goods and services tax (GST) on medical supplies could be less than expected, with a section of the industry voicing fears of a resulting tax anomaly.

Producers may not be able to recover from the consumer the taxes already paid for procuring raw material and services, following the reduction of the GST rate from 12% and 18% to 5% on items such as medical oxygen, pulse oximeters, covid test kits and hand sanitizers announced on Saturday.

This, industry representatives said, could put pressure on some producers to increase the base price, excluding tax. As a result, the benefit to consumers from the tax cut could be curtailed, a fear already in the minds of policymakers, which prevented them from reducing the rate to zero.

Some businesses, however, said that they will reduce prices to be paid by consumers inclusive of tax to the extent warranted by the tax cut.

The tax cut may have marginal impact on oxygen therapy devices such as ventilators and concentrators, pulse oximeters and covid test kits as the ex-factory price may need to go up because of this anomaly of duty inversion, the tax outgo on raw materials staying above the tax incidence on the final product, according to Rajiv Nath, forum coordinator, Association of Indian Medical Device Industry (AIMED).

If the tax cost incurred by the producer on inputs cannot be recovered from the consumer, it makes the raw materials and services costlier, pushing up production cost.

“This increases manufacturing costs and, to maintain profits as earlier, one needs to increase the selling price,” said Nath. If one was selling at ₹100 plus ₹12 as tax earlier, it will now need to be sold at ₹110 plus ₹5 in tax, said Nath.

Another anomaly is that this increased tax cost gets passed on to consumers in the price and this could make goods of local producers less competitive than imported ones.

However, some industry players said prices could come down. “As we are a fully GST-compliant company and also do e-invoicing, we will immediately pass on the GST rate reduction as per government notification to our customers,” Siddharth Rastogi, executive director, MVS Engineering Pvt. Ltd, which makes oxygen gas equipment.

“The basic price remains the same and we will definitely pass on the GST benefits to customers,” said Ashok Patel founder and chief executive officer, Max Ventilators.

“I am very confident that companies will pass on the tax benefit to consumers,” said Himanshu Baid, chairman of the medical technology division at the Confederation of Indian Industry and managing director at Polymedicure Ltd, a medical devices company.

Under GST laws, businesses have to reduce the price to the consumer the moment a tax rate is cut or face action for profiteering.

The National Anti-profiteering Authority has already found many companies guilty of increasing the base price when the government has lowered GST rate and has ordered them to either pay back consumers the increased base price or deposit it in designated consumer welfare funds. Once a producer lowers the price to the consumer as warranted by the tax cut, there is no lock-in period for the reduced price and the authorities do not interfere with market forces.