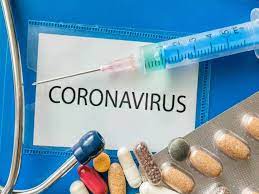 Mumbai : Sales of favipiravir and remdesivir drugs, which are used in the treatment of Covid-19, have fallen in the state of Gujarat with the decline in Covid-19 cases, according to Gujarat Food and Drug Control Administration data.

Gujarat FDCA data stated that the sales of favipiravir in 200mg also slipped to 408 tablets in October as against 612 tablets in September. There were record sales of 34.47 lakhs tablets in April.

While sales of favipiravir in 400mg also slipped to 780 tablets in October as against 1071 tablets in September.

The sales of favipiravir in 800mg dosages also declined to 612 tablets, in October as against 1,004 tablets in October.

“Remdedisivir injections and favipiravir tablets both are exclusive drugs for treatment of Covid-19 and granted Emergency Use Authorization (EUA) by regulatory agencies. As there is sharp decline of Covid-19 cases in India and particularly in Gujarat, the demand decreased for these two drugs drastically,” stated Gujarat Food and Drug Control Administration (FDCA) commissioner HG Koshia.

Remdesivir was originally developed to treat hepatitis C, and was subsequently investigated for Ebola virus disease and Marburg virus infections before being studied as a post-infection treatment for Covid-19.

Favipiravir, sold under the brand name Avigan among others, is an antiviral medication used to treat influenza in Japan. It is also being studied to treat a number of other viral infections, including SARS-CoV-2.

Gujarat FDCA makes optimum use of information technology for achieving excellence in performance. FDCA, Gujarat is the first state to initiate online software for sales and manufacturing licenses.