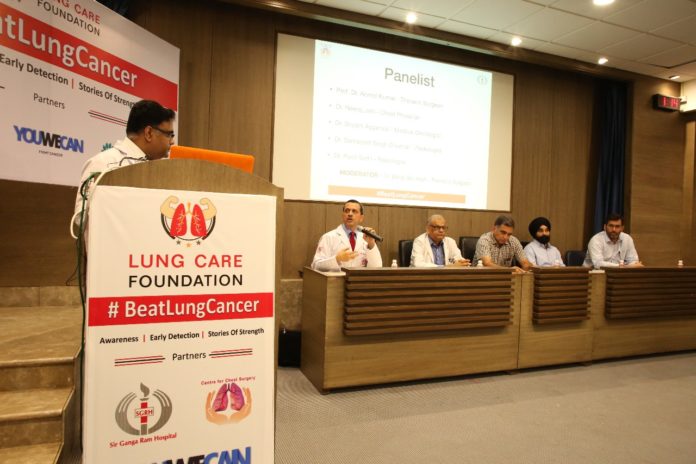 New Delhi: Dr Arvind Kumar, undeniably the best lung cancer surgeon in India, today presented a very scary picture of incidences of lung cancer and painted it as an epidemic but stopped short of saying that everyone who has long breathed in Delhi’s polluted air should go for a screening for lung cancer.

While presenting analyses of 150 lung cancer patients, Dr Arvind, Chairman, Centre for Chest Surgery, did the same in so many words, yet he did not say the same categorically. You felt like at your wits end. Perhaps it would have been ethically wrong and politically incorrect to advice mass screening but if you collate what he said, everyone would want to be screened for lung cancer, given the fact that non smokers have become equally vulnerable to cancer as smokers are and symptoms come late.

Dr Arvind, also founder trustee of Lung Care Foundation, wanted low dose CT Scan Screening to be popularised. This screening can show early stage lung cancers that may be too small to be detected by a traditional x-ray. Detection of lung cancer at such an early stage translates to better survival through higher chances of curative treatment.

Dr Arvind Kumar, who was earlier in All India Institute of Medical Sciences (AIIMS) and is a veteran robotic surgeon, has cured many lung cancer patients by surgery, many of whom were present at the occasion to share their stories. Lung Care Foundation in collaboration with Sir Ganga Ram hospital and Mahajan Imaging are promoting the use of LDCT in early detection of lung cancer and is providing the service at Sir Ganga Ram and various Mahajan Imaging centres at a heavily subsidised cost. 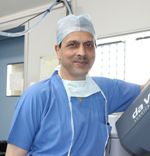 Dr Arvind said, ‘Lung Cancer is a dreaded disease with one of the lowest 5 year survival rate. I am personally shocked by the alarming rise in cases, occurrence in younger individuals, non smokers and women. While conventional wisdom says that smoking is the main cause but there is strong evidence now that points to increasing role of polluted air in increasing incidence. Every year about 70 thousand new lung cancer cases are added.’

The lung cancer survivors who were present included non smoker Maaz Ali of Muradabad. He was barely 25 when he was diagnosed with Lung Cancer in 2015. He came to doctor when he started coughing blood. The surgery done by Dr Arvind has completely cured him as his was the first stage. He is now working in Gulf as electrical engineer.

Sidheswar choudhary aged 65, from Nalanda (Bihar) also is a non smoker. He is a teetotaller and did not even chew Khaini. He was without symptoms and was diagnosed only incidentally. He has survived lung cancer after surgery by Dr Arvind in 2013. Surprisingly, he is a regular in Yoga too.