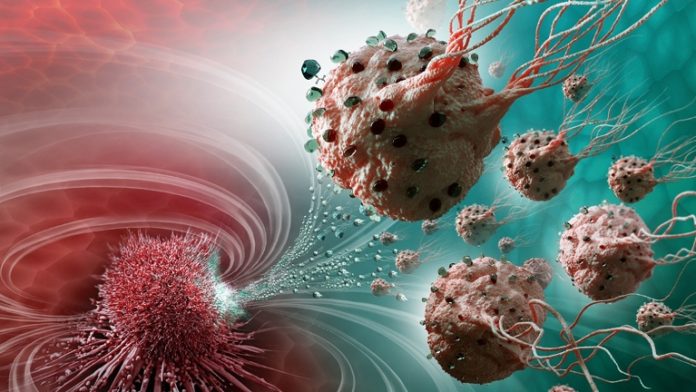 Dr. Rajah Vijay Kumar, an Indian scientist has claimed that his discovered device called Cellular Focused Resonance Nano-Permeabilization or Cellforn can target chemotherapeutic molecules directly to the cancer cells. This discovery is considered as a breakthrough in reducing the side-effects of chemotherapy by creating a drug delivery system that will target only cancer cells and leave healthy cells unharmed.

30 amazing inventions named at Dr. Kumar and is a director and chief scientific officer at Bengaluru’s Centre for Advanced Research and Development. Now, Chemotherapy is one of the preferred treatment for treating cancer but has its dangerous side-effects and leads to another battle. Dr. said that It’s simply like the cargo is excellent but the delivery is poor and that becomes our team center to discover something different.  This system has the capability to enhance drugs effectiveness 10 to 70 times and our team decided to invent something good about the technique and ways to develop molecular cancer treatment.  The team began their research work in 2008 and now got the patent for this innovative Cellforn system.

How Cellforn works? Dr. Kumar shared details about the working of this system. He said this system actually produces temporary nanopores that acquired the ability to intake drugs and provide passage to allow their entry to the cell membrane of the cancer tissue.  With pre-treatment proton density evaluations, they identified the tissues. Medicine has hydrogen atoms that produce a bond with the other molecules. The nucleus of the hydrogen atoms works like bar magnets and have specific alignments. Tissues too have protons that have the same alignment as the drug. System is designed in a way to change the alignment of the hydrogen protons in the tumor tissue, spins it opposite to that of the drug molecule, pull it to the sensitized tumor tissue. Kumar also explained that this system creates temporary holes induced by fast radio bursts (FRB) that is scheduled and delivered to target lesions. Concentrations of target medicine drugs for examples carboplatin and paclitaxel are delivered based on their molecular weight. The whole body device system will become capable to delivers the precisely planned FRB houses specialized antennae and delivery mechanisms to treat cancer.