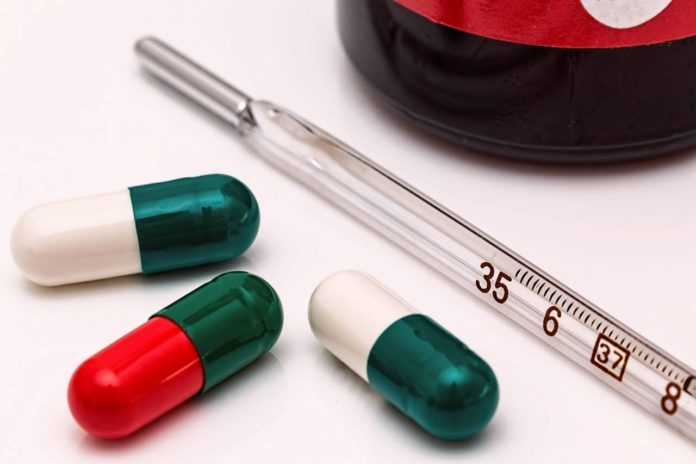 By Tova Cohen and Steven Scheer

TEL AVIV: Teva Pharmaceutical Industries raised its 2018 earnings outlook, said it was seeing “a very strong launch” for its long-awaited migraine treatment Ajovy and expects to launch generic EpiPen in the fourth quarter.

Israel-based Teva, the world’s largest generic drugmaker, has been counting on Ajovy to revive its fortunes after it was forced to restructure to tackle a debt crisis.

The release of the migraine drug had been delayed due to U.S. regulatory concerns about the manufacturing process, but Ajovy finally won approval from the U.S. Food and Drug Administration in September.

Ajovy suffered a setback in October when Express Scripts Holding Co, one of the largest U.S. prescription benefits managers, said it will cover new migraine drugs from Eli Lilly and Amgen Inc but not from Teva.

CEO Kare Schultz told Reuters talks with all U.S. payers including Express Scripts were ongoing and that Ajovy had not been excluded.

“We are seeing a very strong launch of Ajovy. There is strong acceptance, including the quarterly dosing,” Schultz, who has been in the job for a year, told a conference call. Teva has both a quarterly and monthly injection while its competitors have only monthly.

“We will be launching in the U.S. in the fourth quarter and then increasing supplies to the market throughout next year,” he said.

Teva said it earned 68 cents per share excluding one-time items in the July-September period, down from $1.00 a year earlier.

Analysts had forecast Teva would earn 54 cents a share ex-items on revenue of $4.53 billion, according to I/B/E/S data from Refinitiv.

Teva confirmed its revenue fell 19 percent to $4.53 billion due to generic competition to its multiple sclerosis drug Copaxone, price erosion in its U.S. generics business and a loss of revenue from the divestment of some of its products and the discontinuation of some activities.

The company will provide its 2019 forecast in February but said next year should be what it called a “trough year” for EBITDA and revenue.