New Delhi: It was a veritable Maha Kumbh of cancer survivors, mostly women. And the panache they displayed was out of the world. Over 1000 of them wove an epic of ultimate will power, courage, valour and fighting spirit for the uninitiated, people who might be in the dread of the C word. The Nidarr Hamesh event at Taj Palace on August 18 etched an indelible imprint of nerves to take cancer head on. It was a blockbuster by all accounts.

The message they left was loud and clear: Those who get the disease can win and have to win. Being defeated by cancer is no option at all. Triumph over cancer is a Hobson’s choice. They wowed the mesmerised crowd by their saga of how they triumphed in their battle against cancer. The stories of their heroic fights against cancer sounded stuff of an epic. The kind of confidence they exuded made seem cancer a run of the mill illness. In the midst of high five among them, one cancer survivor Sheela went to the extent of saying she was blessed with cancer.

Sample this. Divya Mathur’s tryst with cancer is on end. She has relapsed five times so far but is far from being bullied. In fact, it seems she has fallen in love with her tumour.  She demanded from the host that her tumour should also be respected and welcomed, albeit in a lighter vein. 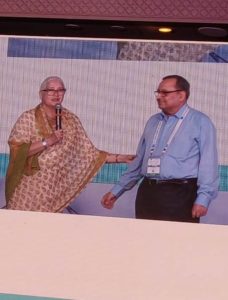 Dr Sikha Darbari, Income Tax commissioner was a cut above the rest. She did not even inform her department that she has got cancer. She downplayed the disease saying cancer could not do her any harm, cancer must be afraid of her because of her being in Income Tax Department. There were peals of laughter at host’s quick repartee saying Cancer Se Darr Nahee Lagata Saheb, Income tax se lagta hai echoing Dabang’s Sonakshi. Dr Darbari is currently on deputation in Rajya Sabha as joint Secretary and Financial advisor, Rajya Sabha Secretariat. Dr Dabari said with a sense of pride that the day 370 was removed; she had been in charge of the security and had been cautioned that anything can happen. 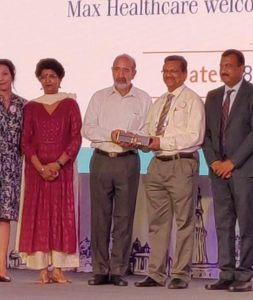 In fact, every one o the cancer survivors assembled there was a Dabang in her own right. Every story was a unique tale of inspiration that would come handy to progeny patients. They were all called champions and were honoured. The ecosystem of the event was soaked in the Chak De spirit thanks to the presence of Shilpa Shukla, who played Bindia Naik in Shah Rukh Khan Starrer blockbuster film Chak De India. Ms Shukla wondered how all of them did what they said.

Nafisha Ali, a celebrity cancer survivor, straddled across the stage showing pizzazz of highest kind and announced she never feared and remained Nidarr Hamesha. The actor Rajiv Khandelwal narrated how cancer had claimed his mother and Mausi. He told his mother was not strong and always remained crestfallen. She died in bare 6-8 months. But he was shattered when his Mausi committed suicide when she was diagnosed cancer. It shattered because he would look at his mausi as a fund of courage and confidence in the family. On the contrary, he talked about his friend who was diagnosed with cancer. Mr Khandelwal said his friend was a different guy, who would always underplay cancer and partied in gay abandon. 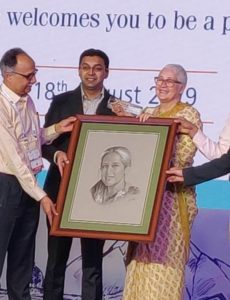 Dr Meenu Walia, a renowned cancer specialist and Head of Oncology in Max Healthcare, the champion of champions, was cynosure of all eyes in the event. Many of her cancer survivor patients narrated how Dr Walia groomed them to fight cancer and defeat it. She was a great succour in times of tribulations for them. Dr Walia said the celebration of spirit of cancer survivorship would inspire future cancer patients. The triumph of will power was also displayed by two dance sequence done. The dance performance by wheel bound differently-abled youths amply reinforced the spirit of triumph. 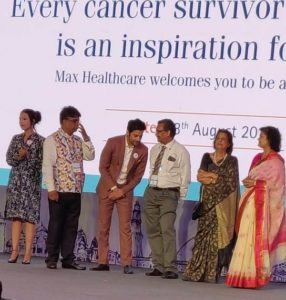 Talking to Medicare News, Dr Walia said, ‘ Nidarr Hamesh is an ambitious movement of Max healthcare to instil courage in all cancer patients and to underline there is victory when you transcend fear. It has been a super successful. I wonder would Grammy be any better than what we saw today. They all fought cancer with valour. Big salute to the champions who made it to Taj Palace, braving torrential rains to witness the grand celebration.’