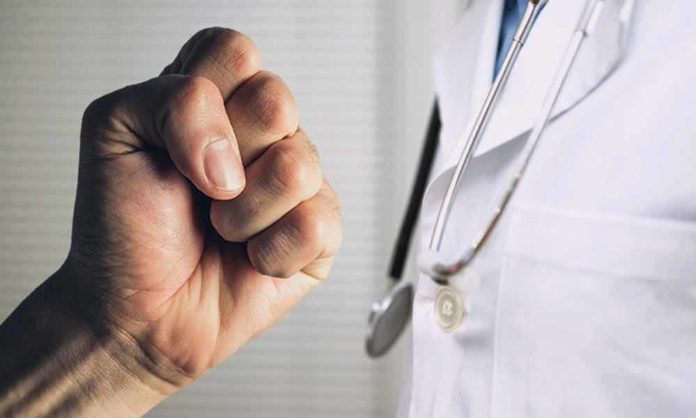 NEW DELHI: Violence against on-duty doctors may be treated as a cognizable and non-bailable offence, attracting jail term of up to 10 years along with a hefty penalty of at least twice the value of damaged property.

The draft of the proposed legislation, framed by an inter-ministerial committee, is currently under consideration of the health ministry, a source said.

“We have proposed a central law which is uniform across the country and linked to the Indian Penal Code and the Code of Criminal Procedure. The draft bill proposes a gradation system to determine the punishment depending on the type of assault and injuries caused from it,” said the source involved with drafting of the bill.

According to the provisions of the draft bill, punishment will depend on whether the injury is “simple” or “grievous”.

Apart from doctors, the proposed law will cover hospitals and once convicted, those accused of such violence may have to pay compensation of at least twice the value of damaged property, the source said.

Though similar laws are in place in around 21 states, experts said they were not effective as they lacked uniformity and impacted enforcement across the country. According to doctors, not a single conviction has been made so far in any of these states despite rising number of incidents of violence against doctors and in hospitals.

“A central law in the concurrent list overriding the state laws is required as a strong deterrent. It will also bring uniformity and help create awareness among general public,” secretary general of Indian Medical Association RV Asokan said.

According to the IMA’s estimates, over 75% of doctors across the country face at least some form of violence.