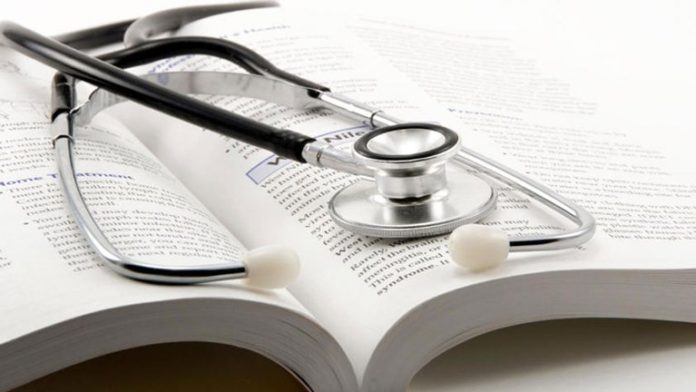 New Delhi: Medical Education System in India has been like a patient etherized upon the table, waiting to be operated upon for quite a while.

National Medical Commission (NMC) Bill seeks to change this. The die has been cast, with cabinet nod to the draft bill on December 15, expected to be passed in the parliament during ongoing winter session.

The entrenched clique of doctors, seeking to perpetuate the incumbent regulator i.e. MCI, is pulling out all stops to stall the much needed overhaul of the decadent medical education system. The agents of status quoits have been seen prowling in parliament to send the bill packing to cold storage.

NMC seeks to dismantle the vice like grip of a cabal of doctors on the outgoing regulatory body. The new body, after being signed into a law, would include a lot of non medics and nominated members far outweighing the number of doctors. Patients’ interest in a nation is well served only when there is an honest and transparent medical regulatory body. The regulator is entrusted with the licensing of medical colleges , creating curriculum, enforcing medical ethics, giving licenses to the doctors, regulate their practice, probe cases of medical negligence and protection of patient rights. MCI miserably failed in its aforesaid duty resulting into medical education gone haywire. 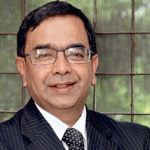 Talking to Medicare News, Dr Srinath Reddy, chairman, Public Health Foundation of India (PHFI), said, ‘The establishment of a National Medical Commission (NMC) is a long awaited progressive measure of reform in the regulation of medical education. It can help to address the asymmetry in numbers and quality of medical colleges across the country and better align medical education to the pressing needs of the health system. It will help to reduce arbitrariness in accreditation and streamline standards for competency based qualification.

Dr Reddy, one of the few renowned global health policy experts, further said, ‘However, reforms will be incomplete if the government stops with this. Dental, nursing, allied health professional and public health education also need to be streamlined and brought under one overarching national body along with the National Medical Commission and the National Board of Examinations to facilitate inter-professional education and better planning for coordinated production of human resources in health. The mid- level health worker programme (of 3 years for training Community Health Assistants) and nurse practitioner training programmes, for example, require inter- professional training institutions. Such measures cannot be deferred, as our health system needs a diversity of health care providers in sufficient numbers. The NMC is a good beginning but the broad sweep of reforms must continue across all categories and levels of health professional education.’ 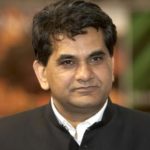 Niti Aayog’s CEO Amitabh Kant is particularly said to be instrumental in hastening the process of NMC mandated by PM Narendra Modi himself. Last year, a high-level committee headed by erstwhile Niti Aayog Vice-Chairman Arvind Panagariya discussed the roadmap ahead to do away with moribund MCI and replace it with NMC. This committee also included Prime Minister’s Additional Principal Secretary P K Mishra, Niti Aayog CEO Amitabh Kant and the Union Health Secretary.

The proposed National Medical Commission (NMC) Bill 2017 is bound to inject transparency and quality in country’s medical education. It would go a long way in ensuring production of quality doctors unlike substandard ones under MCI. The bill proposes a common entrance examination called NEET and licentiate exit examination, which all medical graduates will have to clear in order to get their licences to practice. It is a paradigm shift from input-based to outcome-based regulation which makes it at par with international principle.

The bill mandates that medical colleges will not need permission to increase seats or start postgraduate courses. This again is a radical departure from the previous regulation, which has been done to bring more medical practitioners into the system. It should effectively end inspector raj as prevalent under MCI. It should augment the needed investment too. Summing up, NMC would bring about a paradigm shift in the structure and function of the regulatory entity.

In the final analyses, it cannot be anybody’s brief that all is well in MCI and be perpetuated, because it has really decayed beyond repair. No one can defend the indefensible.  It is high time it is done away with and replaced by a regulator that brings medical education at par with developed countries. 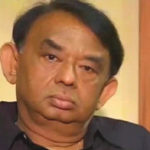 Medical education under MCI so far has been a money minting machine for a cartel of doctors. It is infamously called ‘Den of Corruption’ which it earned from court. Dr Ketan Desai, purported king- pin of all that happened in MCI, had landed Tihar Jail in 2010 over charge of being caught red handed taking 2crore of rupees in return of granting recognition to a medical college in Punjab. Dr Desai and his cohorts always fought pitched battle whenever there was an effort to demolish their monopoly on the regulation mechanism. Whether he was president of MCI or not, his grip over the body never loosened except during a few temporary reverses.

But all said and done, jury is still out on incoming regulator. Even those who earnestly want overhauling of current medical education scenario presided over by a cartel of corrupt doctors has a question in mind- Will the Bill drafted by Niti Aayog really create a ‘Neat’( not to be confused with NIIT) regulator for medical education or end up putting equally or maybe more corrupt system in place ? The hatchet job being taken up by Niti Aayog to clean the veritable Augean Stable that MCI has become is being viewed with a pinch of salt by many. 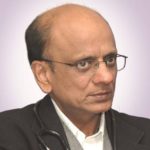 Opponents of NMC are calling it ‘draconian’ and a treatment worse than the disease. IMA (Indian Medical Association), trade union of over 3lakh allopath doctors, is opposing it tooth and nail. Explaining reasons, Dr K K Aggarwal, the outgoing president of IMA, has said that many of the provisions are not in the best interest of the medical profession and fraternity at large.

Even Alliance of Doctors for Ethical Healthcare (ADEH), which has the distinction of winning many battles in favour of patients like capping of stent price, has decried cabinet nod to NMC in the present form. Though it is in favour of MCI being replaced, it does not believe the proposed NMC would be any better. Members of Core Committee of ADEH Dr Arun Mitra, Dr G S Grewal, Dr Arun Gadre, Dr Anant Phadke and others, in a press release, have said that after new regulator takes over; medical education and health services would cost more. ADEH is opposed to it as this remedy is in a technocratic and bureaucratic form.

The press release says, ‘NMC is no solution to the ailment of the outdated, degenerate Medical Council of India. This bill would not solve the problems like corruption in sanctioning of medical colleges; exorbitantly costly and yet sub-standard medical education; lack of Continuing Medical Education; absence of standardization; sky rocketing of medical bills; etc. etc. All members of NMC would be government appointees, whether by nomination or as ex officio. NMC violates the basic requirement of modern governance structure that a regulatory body must be multi-stakeholder, transparent, and accountable. In Making all members as government appointees is certainly not the way to eliminate corruption. Representatives of doctors and citizens must have a rightful place in NMC.