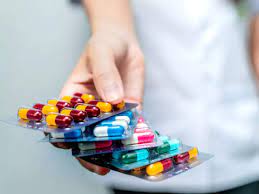 Indian pharma companies whose drug samples were found to be of substandard quality Maiden in Himachal Pradesh. Five samples of cough syrup taken from a manufacturing unit of pharmaceuticals are included. In the South African country Gambia, more than 80 children died after drinking cough syrup. The medicine of the company of Sonipat, Haryana was received through Maiden Pharma.

These allegations were followed by an investigation by the Union Ministry of Health and the World Health Organisation. Since then, the production of cough syrup by Maiden Pharma has been banned. The drug department has taken precaution due to its branch being in Manpura. As a test, samples of five different batches of the medicine made in the company were taken. These did not meet the standards.

Apart from cough syrup, samples of commonly used antibiotics such as ofloxacin and vitamin tablets and folic acid syrup sold by some companies were also found to be ‘not of standard quality’ by the Central Drugs Standard and Control organization.