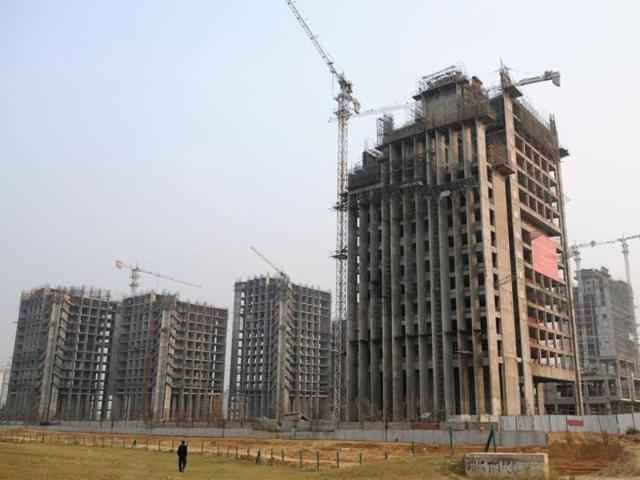 A scandal involving allotment of nursing home sites by the Haryana Urban  Development authority  in Gurugram  has come to  light .Shockingly the stipulated policy for the allotment was tampered to oblige favorite one.Haryana Urban Development Authority auctions nursing home sites in various  towns of the state in sectors developed by the H.U.D.A through e auction. Earlier Govt. used to allot plots for nursing homes or sites at subsidized  rates without auction. But later it changed he policy of auctioning the sites to get maximum revenue .

Under this policy two sites for nursing homes in sector -43 were auctioned in  Gurugram.Here  the unholy nexus of some officials of Haryana Urban Development Authority and beneficiary started.Certain rules of auction policy were changed by the officials to oblige their chosen one .According to the policy only qualified doctors can  participate in auction process. But in this case this clause was tampered .Nursing home sites were allotted to persons who are not doctors.Shockingly the beneficiary of the scandal are close relatives of some officials of Haryana Urban Development Authority.

Nursing home sites were auctioned in February  this year.this auction was challenged in the Court which directed the  Chief Administrator of Haryana Urban Development Authority to conduct an inquiry into the complaint .

On court orders Mr. J.Ganeshan, Chief Administrator of H.U.D.A has conducted the inquiry and had found the allegations true.He had ordered the cancellation of auction and had directed the Estate Officer.H.U..D.A,Gurugram to conduct fresh auction of nursing home sites according to the policy.He had also asked Administrator of H.U.D.A , Gurugram to  explain the circumstances under which  the eligibility  conditions stipulated in policy of 23rd July,2008 which were part of earlier auctions not incorporated in the auction of above nursing home sites.

Chief Administrator of Haryana Urban Development Authority has also recommended  that four officials of the H.U.D.A Gurugram who were involved in tampering the eligibility conditions be supercharged  and  penalty imposed on them

Now, C.A H.U.D.A  has been directed to verify all the allotments of nursing home  and clinic sites in pursuant . to auction held in recent past after issuance of new auction policy to ensure that same conditions of eligibility  were followed in  such auctions.

Earlier an official  OF H.U.D.A.Gurugram who had conducted inquiry in the allotment has  recommended that letter of allotment may be withdrawn with immediate effect.The officer has also recommended that an independent  officer to conduct an inquiry and fix responsibility as the matter is not only grave but a well knit network  and nexus of certain employees within the organisation cannot be discounted.

It is interesting to mention here that H.U.D.A ,Gurugram had been hitting media headlines for alleged irregularities in matter of e auction of plots. Gurugam based R.T.I activist has been raising the issue.