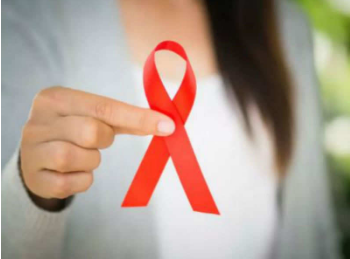 MUMBAI: The long-standing demand for a more palatable form of HIV medicine for infants has finally been met with the National Aids Control Organisation (NACO) rolling out oral pellets in its eight nodal paediatric centres across the country, including Sion hospital in Mumbai.

Since little over a month, 16 children aged between six months and two years are being given pellets, which look like homeopathy pills, containing drugs lopinavir and ritonavir. The pellets, that can be sprinkled over food too, have already proven to be advantageous, in terms of administration. The syrup, which used to be the main alternative for paediatric patients, was met with a lot of resistance as it left a bitter aftertaste and children would often spit it out.

The centre at Sion hospital will be documenting the efficacy and acceptance of the oral pellets, along with the other centres. “So far, the response has been positive. Earlier, parents would return with the syrup bottles and say it was unpalatable,” said Dr Yashwant Gabhale, head of the paediatric centre at Sion. Additionally, a decrease in side-effects has also been seen. “Problems such as nausea, vomiting and diarrhoea have been minimal, so far,” he added.

There are nearly 76,000 children living with HIV in the country of which 5,000-odd are from Maharashtra. The use of oral pellets has been restricted to children up to two years of age for now. While the national programme incorporated children since 2006, it was only by late 2007 that paediatric formulations were available. Former paediatric head of Sion hospital Dr Mamata Manglani said that children were initially given adult medication till syrups came into the national programme. “However, there were logistical and storage issues with syrups that paved the way for dispensable tablets over time,” she said.

Finding pharmaceutical companies to make child-friendly formulations has always been a challenge, say NACO experts, who hope to scale up once the paediatric centres present their feedback and there are more suppliers. “Currently, Cipla is the only company that is making oral pellet formulation. Mylan is likely to start producing it next,” said NACO’s Dr RS Gupta. He said the introduction of pellets is likely to make a big difference in adherence. “Gulping pills every day is a struggle in itself. It becomes more difficult for babies,” he said. Doctors say the overall adherence among children is more than 90%, till their parents are giving them the medicines.

A parent TOI spoke to said oral pellets are undoubtedly easy to administer. “We only hope that it is regularly available and the supply is uninterrupted since there are limited manufacturers,” he said. Not too long ago, the syrup was in short supply across the country.