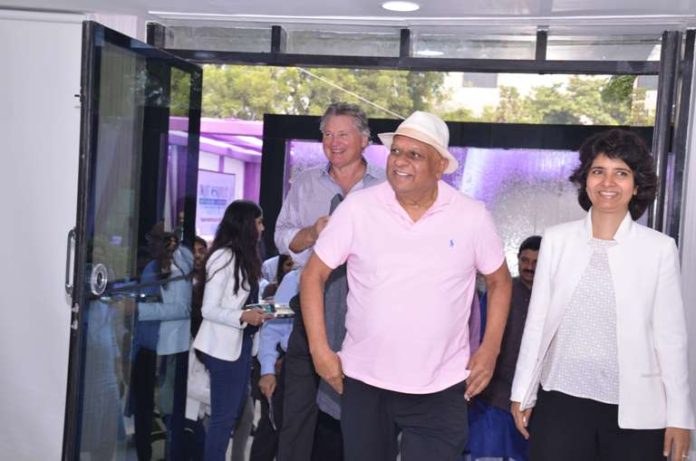 New Delhi: The dramatic claim- curing diabetes in just 7 days- is bound to challenge the well entrenched conventional premise that type2 diabetes, the mother of many diseases, is a chronic progressive condition that cannot be cured.

Close on the heels of ‘Fitness Challenge’ doing the rounds, this one mooted by Smart Metabolic Anti-Ageing Centre at Saket at the launch of the book ‘The Metabolic Miracle’ penned by one of its international consultants Dr Graham Sympson on June 1, has all the makings of a disruption, the zeitgeist.

The claim might also elicit sharp reactions from conventional diabetologists who firmly hold that diabetes cannot be cured; it can at best be managed by oral glucose lowering drugs and insulin injections, though general consensus even among them is that life style management should be at forefront of therapy options for diabetes.

That the centre can reverse diabetes in as little time as one week through non invasive protocol for sure assumes the making of a miracle, which Dr Sympson has imbibed in his book ‘Metabolic Miracle’. Though the word Cure has been a tool of hope selling in the treatment of diabetes from ages and the word Miracle itself is looked at as a sacrilege in modern medicine, the reversal protocol flaunted by Metabolic Centre may be worth verifying as duration of outcome is so short . It is not a claim by any shady and obscure clinic; Smart Metabolic centre houses modern doctors, endocrinologists and life style management experts. 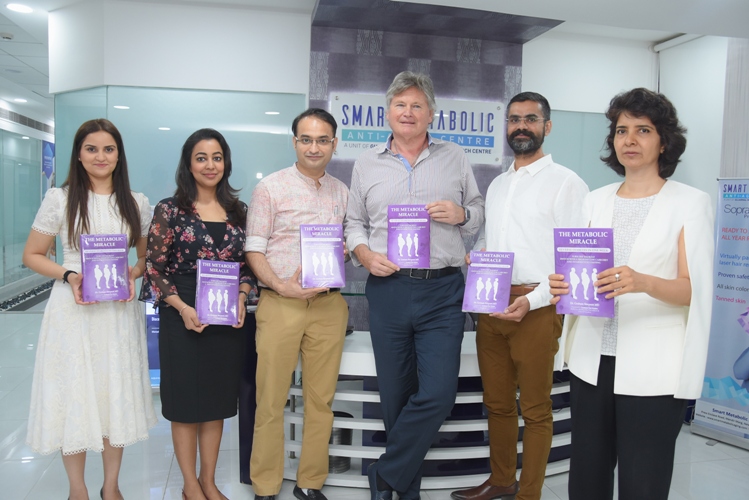 But hold! Cure is not the mandate of Smart Metabolic Anti ageing Centre. The centre claims to have the forte of wiping out the word cure from healthcare lexicon by stalling and pre empting the ageing and consequent damages (diseases) to the body. Diabetes is just one condition in its repertoire of Anti- ageing measures.

Smart Metabolic Anti- Ageing Centre, a futuristic and preventive healthcare centre is a unit of Gujarmal  Modi hospital and Research centre (GMHRC), a first of its kind metabolic and functional  wellness clinic in India, focussing on reversing metabolic damage caused by ageing. The fact is Dr B.K.Modi, Chairman of GMHRC (also founder Chairman of Smart Group) is a Youngy old man of close 70 and whose mantra is- Happy, Healthy, Wealthy and beyond 100 lives. Mr Modi, who has earned the moniker of Dr M, has himself reversed ageing and feels much younger than his years, thanks to innovative rejuvenation methodology. Self – confessedly a disruptor in the positive sense of the term, Dr Modi envisions an India that allows people to get their mojo back the way he has done. He is out to bring about a paradigm shift in healthcare from curative to preventive. The centre is endowed with all the state of art facilities to diagnose any condition that might be developing insidiously in the body and is equipped with measures to effectively forestall its progression.

All set to disrupt the prevailing healthcare model in India, GMHRC has brought in a new, proactive, pre emptive and preventive healthcare model that can help predict and prevent age related diseases and life style disorders. The book ‘The Metabolic Miracle’ seeks to educate people on this new approach to healthcare. The book promises to lay guidelines on how to reverse diabetes in as little as one week and will allow readers to turn off their fat switch.

Talking about the launch, Mrs Preeti Mahotra (President- Saket Mediciti and GMHRC ) said, ‘ when it comes to healthcare in India, all of us, are guilty of allocating resources  and devoting our energy to curing disease rather than preventing it. Imagine the millions of lives that could be saved if we focussed on preventing disease and disorders. This book by Dr Simpson will be crucial in educating the people about the right way of living healthily, which is the model that is being practised at our centre.’

Dr Sympson, said, ‘ Insulin resistance  now affects more than half of the world’s population  and is the pandemic cause of obesity, diabetes, heart disease, cancer,  Alzhimer’s , auto immune disease and ageing itself.  Diabetes and pre diabetes, for example, have long been regarded as a chronic progressive condition that cannot be cured. I am pleased to say that Smart Medtabolic Anti Ageing centre, as I also describe in the Metabolic miracle , can cure diabetes  in as little as one week.’

The centre’s integrative approach combines state of the art and non invasive diagnostics, plant based neutraceuticals, life style support , intravenous therapies to infuse essential vitamins, nutrients, amino acids directly into the blood streams and regenerative medicine techniques to deliver tangible results and provide immediate solution to counter the effects of city life. In addition, the centre also offers a range of aesthetic treatments that are twice more effective because they work in tandem with restoring your bodily systems from  inside as well as outside.