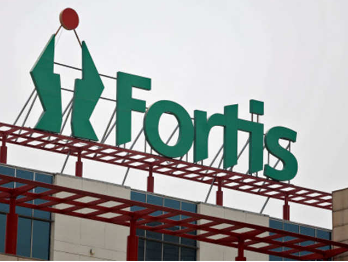 NEW DELHI: Daiichi Sankyo has approached the Delhi high court to block the $1 billion sale of Fortis Healthcare to Malaysian group IHH Bhd while it enforces an arbitration award against the former promoters of the Indian hospital chain.

The high court issued notices on Wednesday to Fortis and its erstwhile promoters Malvinder and Shivinder Singh, seeking a reply to the Japanese drug maker’s application and will hear the matter next on August 1, said lawyers present during the hearing.

While the court has not passed orders to block the Fortis-IHH deal, it suggested that it would intervene if the transaction was found to violate earlier court orders, they said.

“To assuage Daiichi’s concerns, the judge orally remarked… that if what they are doing is found to be in violation of orders or if there is a case made out for an injunction, then even if the deal goes through by the next date, it will reverse the transaction,” one of the lawyers told ET on condition of anonymity.

Daiichi’s grounds are “unfounded” and Fortis Healthcare is neither a party in the arbitration award nor in the disputes between Daiichi and Malvinder Singh, Shivinder Singh and others, it said in an emailed statement on Wednesday.

“At this stage…the erstwhile promoters’ holding is less than 1%,” Fortis CEO Bhavdeep Singh said on a media call on July 13, following the announcement of the Fortis-IHH deal. He said Fortis Healthcare is a listed entity owned by multiple shareholders and “we don’t anticipate any issues.”

Emails sent to RHC Holding, the Singhs’ holding company, were unanswered by press time on Wednesday.

Daiichi moved court on Wednesday, seeking orders to prevent Fortis from proceeding with its deal with IHH without the high court’s “further approval,” according to a copy of its application, which ET has viewed.

The Japanese company is enforcing a Rs 3,500 crore arbitration award it secured against the Singh brothers in an international tribunal in April 2016.

“The implementation of the transactions stated in the press release will contravene orders issued by this honourable court, the honourable Supreme Court of India as well as significantly defeat the execution of the award in India,” stated the application. This includes orders to maintain the value of unencumbered assets that two holding companies of the Singhs disclosed to court, according to Daiichi’s arguments.

A majority of the value of unencumbered assets disclosed by these holding companies–RHC Holding and Oscar Investments–was derived from their shareholding in Fortis Healthcare through Fortis Healthcare Holding Pvt Ltd, Daiichi has argued.

In response to a second application by Daiichi, the court directed the Singh brothers and others in the arbitration case to disclose their foreign assets, the counsel said on Wednesday.

The court directed the chartered accountant appointed in the arbitration enforcement case to sell the shares of all respondents held in listed companies by July 24, they added.

“Today, the court has attached ‘Fortis’ and other trademarks which are owned by RHC Holding as well as other companies which are associated with RHC Holding,” the counsel told ET.

Daiichi had approached the high court last year following reports that the Singh brothers were in advanced talks with IHH for a potential stake sale.

ET reported on June 23 that IHH backed out of the deal as it was not convinced it would get clean and undisputed ownership of Fortis shares.

Daiichi has also requested the court to direct the brothers and 12 other respondents to deposit the entire amount, following a favourable judgment by the Delhi High Court in January.