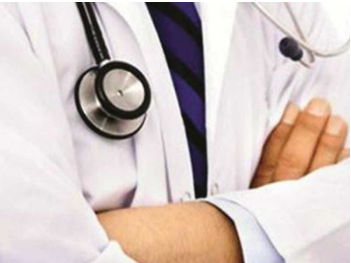 BENGALURU: A medical negligence case has been registered against paediatricians of MS Ramaiah Memorial Hospital after a 35-year old-man alleged that one of his 16-month-old twin daughters had died 24 days after she was admitted to the hospital with cough and fever.

This comes after a seven-month-old battle by Sunil Kumar S, a resident of Jogupalya, who lost his daughter in October. Police had earlier declined to register Sunil’s complaint, prompting him to approach a court.

Acting on the court’s order, Sadashivanagar police have registered a case and the Medical Council of Karnataka has issued a show-cause notice to paediatricians Dr Somashekar AR and Dr Karunakara BP asking them to appear before it in September. The copy of the notice is with TOI.

Hospital president Dr Naresh Shetty refuted the allegations of medical negligence and said the child’s condition was quite severe when she was referred to Ramaiah by another hospital. “It was a challenging case, we did our best and provided all possible treatment to the child but she breathed her last. I’m aware of the proceedings and we’ll cooperate with the probe,” he added.

According to the complaint, on October 20, 2017, Vanshika was taken to the hospital but on the way, the other child, Vedika, too developed fever and vomiting. Around 3pm, the nurse asked Sunil whether the children had any medical insurance cover and Sunil replied in the affirmative. Without any check-up, the babies were admitted and the parents were informed that they were suffering from dehydration. After a few days, Vanshika was discharged, but treatment for Vedika continued.

Kumar said after 24 days at ICU, his daughter was declared dead on November 13 and the doctors told him that it was due to inborn errors of metabolism, a rare genetic disorder in which the body cannot properly turn food into energy. However, the reports of the same hospital said the baby was normal. The hospital did not have records for treating the baby between October 30 and November 4, he alleged.

Dr Somashekar AR said the hospital has provided the treatment summary to the patient’s family and saved the data for itself too. “The baby had the problem of inborn errors of metabolism and also was suffering from severe dehydration. We did our best, but could not save the baby,” he added.