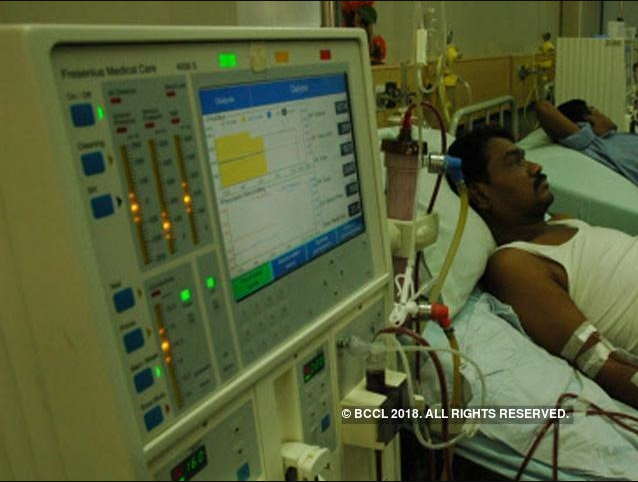 NEW DELHI: The Parliamentary Standing Committee on health has strongly criticized the practice of insisting on USFDA (Food and Drug Administration) approval for medical devices procured by the government pointing out that there was hardly any country besides the US which made such approval mandatory.

USFDA is for protecting and promoting public health and control and supervision of food and drugs including medical devices with specific reference to the US, noted the committee. The committee’s observations were made in the context of procurement of devices under the Pradhan Mantri Swasthya Suraksha Yojana (PMSSY).

A health department circular dated February 20, 2018 on guidelines for certification of medical devices for government procurement had stated that in the case of medical equipment where Indian standards were not available, for ‘quality reasons’ the indenting organisation would be free to insist on USFDA, CE (European) or other certification. The house panel slammed the circular as “just another attempt to camouflage the USFDA requirement in the name of quality” and said this would be a drain of resources and a setback for Indian device manufacturers.

The committee strongly recommended that the department should fix the certification requirement as USFDA, CE, BIS or any other internationally accepted certification till BIS standards were established for all devices so as to leave “no option for discretion and its misuse”.

The Association of Indian Manufacturers of Medical Devices (AIMeD) too has written to the health ministry pointing out that the circular ought to have allowed manufacturers to have either ISO, ICMED, CE or USFDA approval and not left it to the buyers to insist on any one of these. Now, “if a buyer chooses USFDA in the absence of BIS standards, Indian bidder would still remain disqualified if he doesn’t have USFDA,” pointed out AIMED.

The Standing Committee for implementation of Public Procurement (Preference to Make in India) Order, 2017, in its meeting in December too had noted that a mandatory requirement of ‘USFDA approval’ was clearly untenable and could not be a condition for bid participation. However, it added that public procurers were free to set quality requirements and prescribe other less prescriptive ways to assure themselves on quality. The directive was applicable to procurement by any institution under the central government and central PSUs.

Principal secretary to PM, Nripendra Misra, too had written to the Department of Industrial Policy and Promotion (DIPP) that all public procurement orders and tenders ought to be examined from the point of view of the interest of Indian manufacturers. “Any tender which is not sensitive to Make in India message deserves scrutiny,” stated Misra’s letter.

Basic equipment like multiparameter monitor, defibrillator and transport monitor are easily available with Indian manufacturers, and therefore, did not need USFDA certification, said the house committee adding that it was distressed to note that even simple devices like multiparameter monitors were being procured with mandatory USFDA certification.