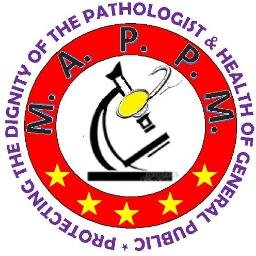 To prevent kickbacks in health care services amongst doctors, a new draft of the act that will tabled in the winter session, MAPPM (The Maharashtra Association of Practicing Pathologists and Microbiologists) appealed to the state government to incorporate ‘doctors referring patients to illegal pathology laboratories for medical test to get a kickback’ in Cut Practices in Healthcare Services Act 2017.

Pathology is at first in cut practices, unfortunately. The main cause is a high number of the quackery in this field. The people with the only diploma in Diploma in Medical Laboratory Technology (DMLT) and equivalents are running path labs which is illegal as per Maharashtra Medical Practitioners Act, 1961. A person other than pathologist certifies medical reports then it considered as quackery in the medical field. Thousands of illegal labs are functioning in the state and reports are certified by laboratory technicians with BSc, DMLT or even lower qualification.

According to the MAPPM, the government needs to incorporate doctors instead of referring a patient for pathology investigations to unregistered unqualified medical practitioners such as DMLT & equivalents and accepting reports from them is clearly unethical act as per Medical Council of India (Professional Conduct, Etiquette, and Ethics) Regulations, 2002.

People are paying prices for the services they are not getting actually, the reports were prepared by the quacks. Doctors also know all the things but still referring patients to them to earn cut practice.  Lakhs of people getting wrong reports and getting trapped in their businesses.

Now the new proposed Cut Practice Act is aimed to provide ordinary people with standard healthcare facilities from a legal healthcare provider at an affordable cost. The cost should not increase and standards must not be compromised due to any unethical act by the health care provider, he opined.

The government should also make the anti-quackery committees functional which can act efficiently to uproot the quackery.