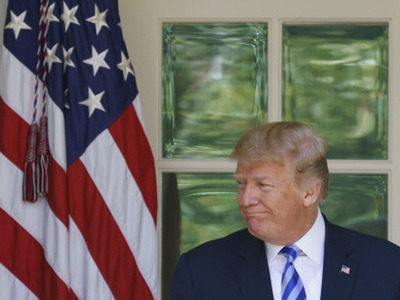 Foreign Countries extorting unreasonably low prices from US drug-makers, to enable their countrymen to pay much less than American citizens for the same medicines. US President Donald Trump criticized foreign countries to ask US drugmakers to low their prices but now he said would “end the global freeloading” on US drug manufacturing expertise “once and for all”. He shared new drug policy and instructed Bob Lighthizer, top trade negotiator to strongly take up with all countries the fixing of prices of American pharmaceuticals and medical devices, extending his ‘America First’ policy to put ‘American Patients First’ and vowing to “bring soaring drug prices down to earth”.

This new policy could have an impact on India-US bilateral trade relations because the American industry has been fighting with India’s recent move to fix prices of certain highly expensive pharmaceuticals and medical devices – like stents, for example. The US annual report card on the protection of intellectual property rights around the world in April 2018 denounced the countries like India and Canada, South Korea, and Japan, New Zealand does not adequately recognize the value of innovative medicines.

Trump said we demand fairness for American patients at home, we will also demand fairness overseas. America will not be cheated any longer, and especially will not be cheated by foreign countries.  America spending much on the enormous research and development; he criticized foreign countries asked for extorting unreasonably low prices from US drug-makers.

In some cases, American citizens are paying hundreds of dollars for the same medicine that costs a few dollars in a foreign country with the same ingredients, in the same package, made in the same plant. But this will not happen in America now.

Alex Azar, US health and human services secretary stated that foreign countries are “freeriding” off of American innovation and The ‘American Patients First’ document released by the Trump administration alleged that every time one country demands a lower price, it ends up lowering the reference price used by other countries, creating a ripple effect and a deficit that eventually becomes a burden on the American taxpayer.