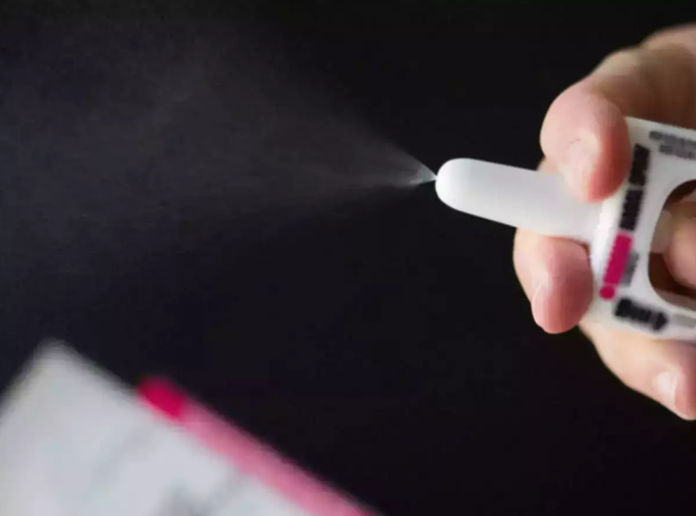 LONDON: A nasal spray awaiting emergency approval as a shield and weapon against C-19 could be a game changer for India as it battles a massive second wave of the pandemic, the Israeli scientist who helped develop it has said.

The self-administered nitric oxide nasal spray, developed by Vancouver biotech firm SaNOtize, is said to have yielded promising results in its UK and Canada clinical trials, including against the UK variant. The company is preparing submissions to worldwide regulators for emergency approval.

“We are currently working to find the right partner in India and hoping it will be approved as a medical device in India to prevent C-19,” said CEO and co-founder of SaNOtize Dr Gilly Regev.

“What I would have loved right now is to go and give this to a whole town in India and show that everyone using it is not getting infected,” she said. “We would have saved millions of lives if we could have brought it to market last year.”

Regev said getting regulatory approval and funds to commercially manufacture a new product took time. “In order to convince pharma companies and regulators it is effective, you need the data first,” she said.

“It’s something you can carry with you like a hand sanitiser and use every time you might have been exposed,” she explained, adding that countries could also use it to “fill the gap” whilst vaccinating their populations.

Israel has already granted the spray approval as a medical device, and it will be on sale in pharmacies over the counter there at US$30 a bottle in around a month’s time.

“We need a partner in India for regulatory compliance and distribution. We are starting discussions with some large pharmaceutical companies in India. We have not been in touch with government or the regulator in India yet,” Regev said.

During Phase II clinical trials in Canada to test prevention, 103 people were given the nasal spray. Nobody tested positive for C-19.

In the Phase II UK NHS clinical trials to test early treatment, among 79 people, all of whom had tested positive for C-19, those with a placebo spray ended up with viral loads 16 times higher than those given the actual nasal spray.

SaNOtize is planning to get 4,000-5,000 people to take part in the Phase III trials. “We are hoping part of our Phase III trials could be done in India. We are looking for the final funding for Phase III,” she said. “We are also exploring manufacturing sites around the world. I am sure India has quite a few possibilities and locations that will work for us.”

Dr Stephen Winchester, consultant medical virologist and chief investigator of the UK NHS clinical trial, said he expected the nasal spray “to be a major advance in the global battle against the devastating human impacts of the C-19 pandemic”.

“This simple portable nasal spray could be highly effective in the treatment of C-19 and reducing onward transmission. Our trial included patients with high viral loads yet still demonstrated significant reductions in the levels of SARS-CoV-2, which could be critical in supporting vaccines, preventing future outbreaks and safely reopening economies. I think this could be revolutionary,” he said.