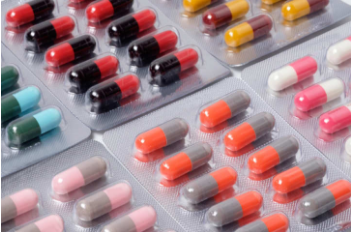 NEW DELHI: In a move that could potentially deliver a big blow to pharmaceutical companies in India, an apex advisory board on drugs approved a report backing the health ministry’s decision to ban many fixed dose combination (FDC) medicines.

The report, prepared by a sub-committee of the Drugs Technical Advisory Board (DTAB), recommended that 343 FDCs be “prohibited” and six others be either restricted or regulated for specific indications or quantities, according to people close to the development.

This report will be sent to the health ministry in the next two weeks, following which the government will decide the fate of these drugs, said one of the people on condition of anonymity.

At this stage, it is not clear which drugs the sub-committee has recommended for taking action.

One of the people ET spoke to said two anti-diabetics, one antibiotic and two painkillers figure among the drugs for which the sub-committee recommended restriction or regulation.

In 2016, the health ministry had banned 349 FDCs, including popular brands like Saridon, Corex, Phensedyl and Vicks Action 500 Plus, claiming they were “unsafe” and “irrational” for consumption. The move was estimated to affect around 6,000 medicine brands and shave off more thanRs 3,000 crore from the Rs 1 lakh crore Indian pharmaceuticals market.

Hundreds of pharma companies moved the Delhi High Court against the move, following which the court lifted the ban on the manufacture and sale of these medicines later that year.

The government took the matter to the Supreme Court, which in December 2017, mandated that DTAB decide the fate of these FDCs. DTAB subsequently decided to set up a sub-committee under Nilima Kshirsagar to decide the same and in May said it would be forwarding these recommendations to the central government for a final decision.

During court proceedings, drug makers argued that the government did not consult statutory bodies provided for in the country’s drug regulations before banning these drugs.

According to documents viewed by ET, the sub-committee had found that “most” of the companies appealing the ban had not generated safety and efficacy data of their own for their FDCs.

“Almost 95% of these appellants failed to prove safety, rationality and compatibility of these FDCs,” said one of the people. The published literature they provided to justify the FDCs was “not relevant” and relied on a few “biased” studies, the subcommittee is learned to have stated.

The indications for which these FDCs were mentioned were found by the sub-committee to be “too broad”, “absurd” or “vague” and we’re not “as per treatment guidelines”. For most FDCs, their use would lead to “unnecessary over use” and patients would be exposed to risk of multiple ingredients “when one would suffice”.