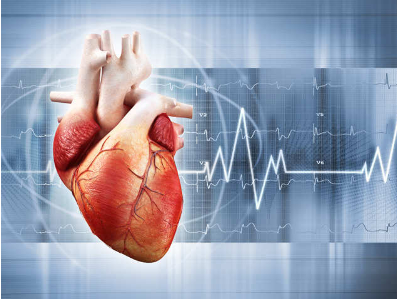 LUCKNOW: Human clinical trail of first ever ‘Made in India’ biological heart valve has begun with city’s Sanjay Gandhi Post Graduate Institute of Medical Sciences on board.

The observations, which would be made periodically, would be evaluated by Drug Controller General of India to decided whether or not the valve was useful or not for human health. If successful, the valve will bring about a paradigm shift in valve replacement surgeries by affecting cost of biological valves.

Head of Cardiothoracic and Vascular Surgery department, SGPGIMS, Prof Nirmal Gupta – who is associated with the study with team – said that the importance of the study could be estimated from the fact that over 10 lakh persons in India need valve replacement to beat congenital and acquired medical conditions.

“Against the demand, about two lakh have access to the facility. As on date, biological valves are imported but a made in india valve will bring down the cost to a significant extent,” he said adding, “biological valves promises better quality of life, fewer medications and lesser risk as they minimise the use of blood thinning medicines which are a must for patients on metal valves.”

The 16-site study which includes globally acclaimed Narayana Institute of Cardiac Sciences Bengaluru has SGPGIMS as the only government and north Indian partner. The study, that commenced in July 2017, would recruit 60 patients across the centers and follow up with them over the next five years to the safety and performance of the valve.

In a previous interview with TOI, Chairman, Narayana Health Dr Devi Shetty had drawn attention towards the problem of rheumatic heart disease – the commonest cause for a valve replacement surgery among children in India.

“The problem affects 1/1,000 children in India. And it is much more virulent here. In the western world, a rheumatic heart patient needs valve replacement towards old age. But in India, valve replacement is often needed at the age of 15 years,” he explained adding, “there are also children with congenital heart diseases (affecting 1/140 children).”

“In our country, 28 million babies are born each year. This means 600-800 babies are born with a heart disease each day which is largest in the world, but only a few get operated and the rest suffer or die because in India it is cheaper to produce another child than to spend in getting the diseased operated,” he had said.

Upholding the view, Prof Gupta said: “cheaper solutions to health problems is a need of the hour but at the same time quality of products has to be ascertained. I hope that the trial of the bioprosthesis would help India find a solution with evidence.”