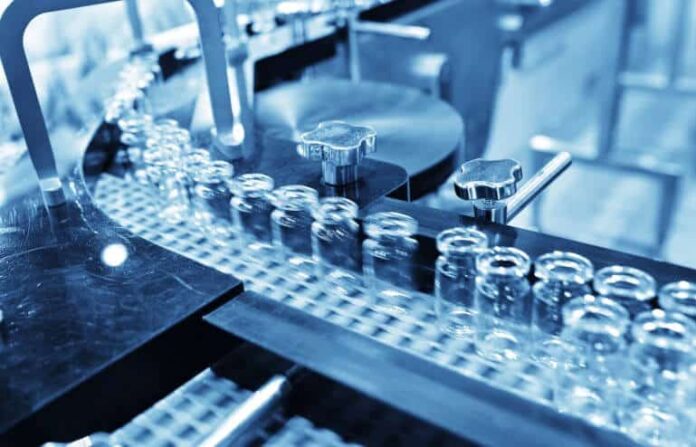 New Delhi : The Indian pharma industry is expected to see profit margins decline by 19-20 per cent in the first half of FY23 owing to the increase in raw material prices, cost of packaging material, freight and compliance cost, according to a report by knowledge-based analytical group CareEdge.

At present, the industry is witnessing multiple challenges such as rising prices of active pharmaceutical ingredients (APIs) and key starting materials (KSM), the surge in solvent prices, rise in freight and energy cost and continued pricing pressure in the US generic market. Due to supply chain disruptions and prevailing lockdown in China, the prices of some APIs/ KSM have increased between 25% to 120% while prices of excipients have risen between 15%-200% during the last 12-18 months.

With the easing of travel restrictions, the US Food and Drug Administration (FDA) has ramped up its regulatory inspection rates of pharmaceutical manufacturing facilities. During the past six months (January to June 2022), it has been observed that many Indian pharma companies have received Form 483 observations on their manufacturing facilities. Rising instances of audit observation by US FDA impacts the compliance cost and in turn hurts the profitability of the pharma sector.

Any adverse observations from the regulatory authorities can also lead to a delay in the launching of new products or may even impact the current revenue stream, thus denting its prospects at least for the medium term. The ability of the Indian pharma companies to successfully sail through the inspections carried out by the regulatory authorities would be critical in determining their future growth plans and profitability margins, according to the report.

Meanwhile, the National Pharmaceutical Pricing Authority (NPPA) has allowed a price hike of 10.7% for scheduled drugs which are under price control, considering the rise in the cost of production, which is the highest price hike allowed by it during the past many years which is expected to support the profitability of the pharma sector to an extent.

The pace of price erosion in the US market is likely to reduce to the mid-single digit in FY23. Furthermore, the recent sharp depreciation of INR against USD is also expected to support the profitability of the sector considering it is a net exporter. From April 01, 2022, to June 30, 2022, the Indian rupee has depreciated by more than 4%, it added.

These trends are in comparison to the significant jump the sector has witnessed in the Profit Before Interest, Lease rentals, Depreciation and Taxation (PBILDT) margin in FY21, as against FY20, owing to the sharp reduction in marketing, travelling and conveyance expenses in the backdrop of Covid-19 restrictions. The profitability was also supported by Covid-led sales opportunities. However, with the situation turning back to normal, the expenses are going to go up and the sales opportunity of Covid-related drugs are tapering out, the industry suffers a decline in margin, it added.

‘CareEdge expects the PBILDT margin of the Indian pharmaceutical sector to decline both on Y-o-Y basis and Q-o-Q basis to 19-20% during H1FY23 due to an increase in the cost of APIs and KSMs apart from increase in the cost of packing material, freight and compliance cost. It is expected that the PBILDT margin should rebound in H2FY23,” said the report.

It expects rupee depreciation to have a positive impact of nearly 100-150 bps on the PBILDT margin during FY23. On a full year basis, CareEdge expects the PBILDT margin to shrink by 200-250 bps during FY23 over FY22 after considering the positive impact of rupee depreciation. Despite expected moderation in operating profitability in the near to medium term, the credit profile of pharmaceutical companies is expected to remain strong due to their low reliance on external debt.