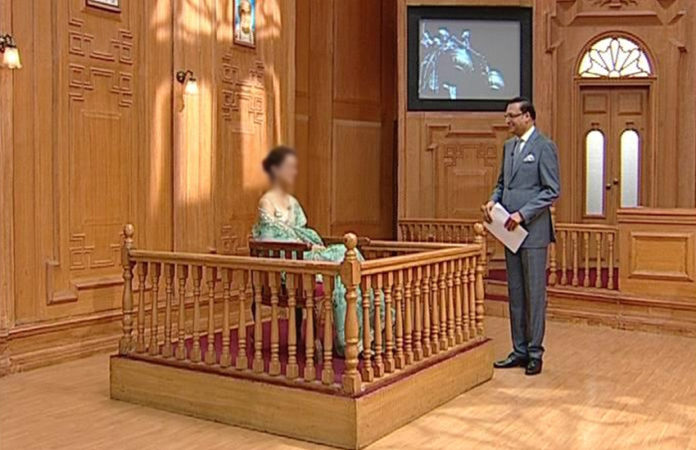 New Delhi: Rajat Sharma, Aap ki Adalat fame Media Mogul, CEO of India TV never called any doctor or a patient in his simulated court but, in a conference of doctors today he sat on judgement that relates both.

Mr Sharma, donning as public prosecutor of people of India, put patients and detractors of doctors in the dock and almost gave clean chit to practitioners of medicine. Playing full to the gallery, Rajat Sharma, a no nonsense attorney in his famous TV program Aap Ki Adalat, gave doctors what they had not bargained for. They had, in fact, expected some dressing down from media baron. Instead, the President of Delhi Cricket Control Board, Mr Sharma batted liberally in favour of doctors, just what the doctor ordered.

Not only this, Rajat even offered himself as their saviour and promised to do the needful for shoring up their sagging image in the society. He, as Chief Guest in Academia 2018 organised by East Delhi branch of Indian Medical Association (IMA), also blamed media for the decline of doctors’ image. By reciting a Hindi couplet, he stressed that allegations against doctors were mostly ill founded and were hardly ever corroborated by fact. Mr Sharma said, ‘I have hardly found any allegation against doctor authentic so far. They hurl accusations on doctors but ask for proof, they would never provide.’ 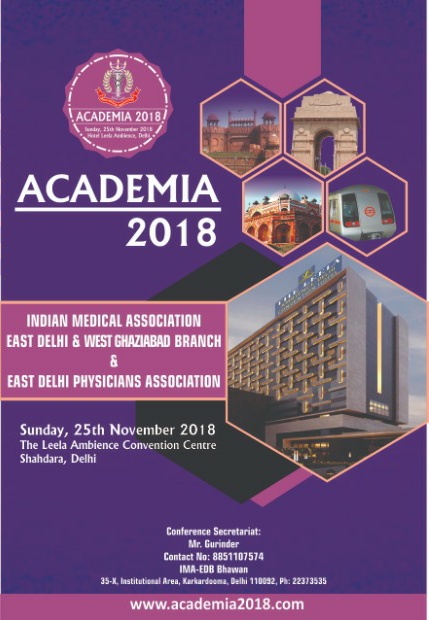 Rajat Sharma further said, ‘ it is tendency of the patient that when he is cured, he dubs doctors God and if something bad happens he loses no time in branding a doctor guilty. We need to have much more trust in doctors rather than suspicion. One or two among doctors may be black sheep but doctors are mostly good. The problem is the stray bad things spread fast but good things you do hardly gets coverage. I promise that I would do my bit to make your image positive in media. There is no doubting the fact there is resentment in patients and society against doctors. Even doctors need to make efforts to correct the image.’

The couplet that Mr Rajat recited in support of doctor received rave approval by doctors. It was something like, ‘I am a Diya (candle) and my war is against darkness. The wind is against me without rhyme or reason’. He meant that the resentment against doctors is ill founded.
Mr Rajat liberally sprinkled lighter veins in his speech. He was like, ‘they say doctors are in short supply. But I think except qualified doctors everyone is doctor in this country. Ask any Tom Dick Harry, he will give you 4-5 prescriptions. They eat roadside eatables, will devour dirty Pakoras, chaat with flies hovering over and will gulp down Golgappas with impunity not caring a bit for its consequences for health. The same people when visit a doctor, expresses worries for the side effects of medicines doctors prescribe.’ He also narrated an incident a day before about Salman Khan who survived a prescription by quacks.
Om Prakash Sharma, local BJP MLA, gave a generous communal dose in his divisive speech, saying PM Narendra Modi had come as saviour after years of tears of oppressed.

Academia 2018 was sponsored by Max Hospital Patparganj and Vaishali. Neeraj Mishra, Director, Max Healthcare, bemoaned the trust deficit that ails doctor-patient relationship today. He expressed satisfaction that academia, which should have only focussed on medicine update, made it a point to moot Dr –Patient relationship. He appealed to doctors to formulate such innovative new model as might be win-win for both doctors and patients. Other speakers included Dr Vinay Aggarwal, former president IMA, R.B. Ashokan, General Secretary, IMA, Dr Piyush Jain, Organising Chairman and Dr BP Arneja, Organising Secretary.