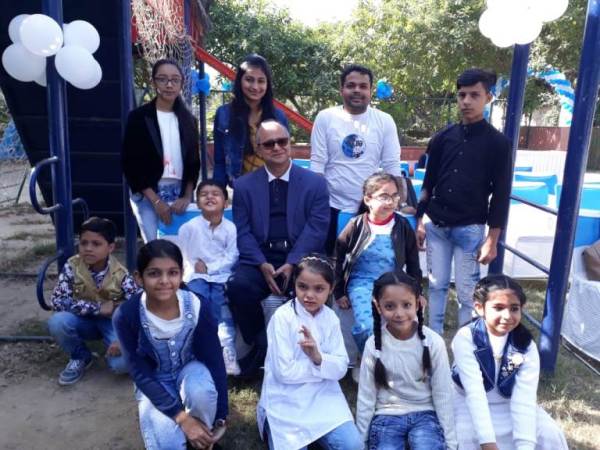 New Delhi: Kids in India are in the cusp of diabetes, thanks to their unhealthy life style. So, there is urgent need to mix awareness about diabetes with their fun activities. That is what Indraprastha Apollo has begun.

There is exponential rise of diabetes in India with growing incidences of the disease in young population. Apollo Centre for Obesity, Diabetes & Endocrinology (ACODE) organized an awareness camp for kids suffering from the disease and their parents at Jasola Sports Complex, New Delhi on November 24. To engage kids in the session, fun games and activities were planned. Around 100 people participated in the event where Dr S. K. Wangnoo, Senior Consultant endocrinologist, Indraprastha Apollo Hospitals and his team addressed their queries around the disease.

The initiative was part of the World Diabetes Day celebrations that aimed to inform kids suffering from Type 1 diabetes, young diabetics and their parents about the effective ways to control the disease and lead a healthier life. Activities such as Nail Art, Joker, Bouncy, Magician, Tug of War etc. were arranged for kids to engage their interest and spread awareness on management of diabetes.

Speaking on the initiative, Dr Wangnoo, said, “India has become the diabetes capital of the world with cases of diabetes rising exponentially in India. The chronic ailment is linked to sedentary lifestyle and an excessive consumption of high-calorie foods. Now, the traditional diet is being replaced by ultra-processed foods, namely sugary drinks and processed carbohydrate that are poor in nutrient content. Children too these days are glued to their mobile games, tabs and TV screens and spend minimal time outdoors doing any physical activity. This is the main reason for most kids being obese or overweight today, which eventually increases the risk of developing diabetes. To promote outdoor and other recreational activities among kids and make them aware about the importance of healthy eating habits, these activities have been organised. The awareness among parents of children with diabetes is essential for better management of the disease.”
As diabetes is a condition caused by the body’s inability to regulate insulin levels; it can adversely affect various key functions in a person’s body. It might lead to tissue damage and organ failure, if left unaddressed. Commonly referred to as a ‘lifestyle disease’, India presently represents 49% of the global diabetes burden, with an estimated 72 million cases in 2017, a figure which is likely to almost double to 134 million by 2025.

“Due to the recent advancements in technology like Insulin pump, easy to use glucometers & insulin pens which are readily available for use, management of diabetes has become much simpler. Diabetes prevention is proven, possible, and powerful and it’s never too late to start taking a step ahead towards this. The key is: small steps that lead to big rewards. By just making minor changes in the lifestyle, diabetes can be prevented or better managed,” further added Dr Wangnoo.