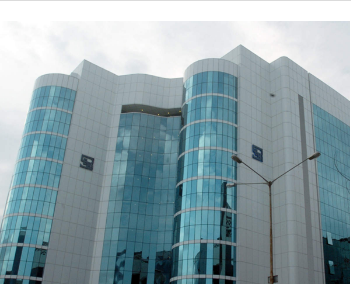 Regulator Sebi Friday barred Celestial Biolabs as well as its chairman A N Singh and wife Padma Singh from the capital markets for 10 years for fabricating the company’s sales figures and making false disclosures. Besides, the capital markets watchdog has restrained Celestial Biolabs’ statutory auditor Lakshmi Purna & Associates for not being cautious and careful while certifying the annual accounts of the firm.

The regulator carried out a probe to ascertain whether books of accounts of the company were manipulated by way of fictitious transactions to project a rosy picture of the company to the shareholders in 2010-11 and 2011-12 and to see whether there was any violation of the provisions of PFTUP (Prohibition of Fraudulent and Unfair Trade Practices) norms.

Sebi found that the company employed deceptive devices by projecting inflated sales in Bio-IT and had adopted dubious and inconsistent practices in drawing up accounts for manipulating the financial results of the firm to present a rosy picture to its shareholders and to the public at large.

It further said that the couple and Purna & Associates by playing their respective roles in this elaborate scheme, “adopted a fraudulent device and artifice to defraud the genuine shareholders of the company by first falsely portraying sales transactions with pharma companies in Bio-IT services and then by treating the purported bad debts under the heading Product Development Expenditure”.

The couple, being the directors of the company, “have failed in their duty to exercise due care and diligence and were part of the deceptive device / scheme to fabricate the sales figures in Bio-IT and making false disclosures,” Sebi said in an order.

Currently, they are part of the promoters group of Celestial Biolabs, as per the latest update with stock exchanges.

By indulging in such things, the company and its directors violated the provision of PFUTP Regulations and Listing Obligations and Disclosure Requirement.

Accordingly, the regulator has barred Celestial Biolabs, AN Singh and Padma Singh from buying, selling or otherwise dealing in the securities market for a period of 10 years.

“Lakshmi Purna & Associates shall not directly or indirectly issue any certificate of audit of listed companies…for a period of five years,” it added.