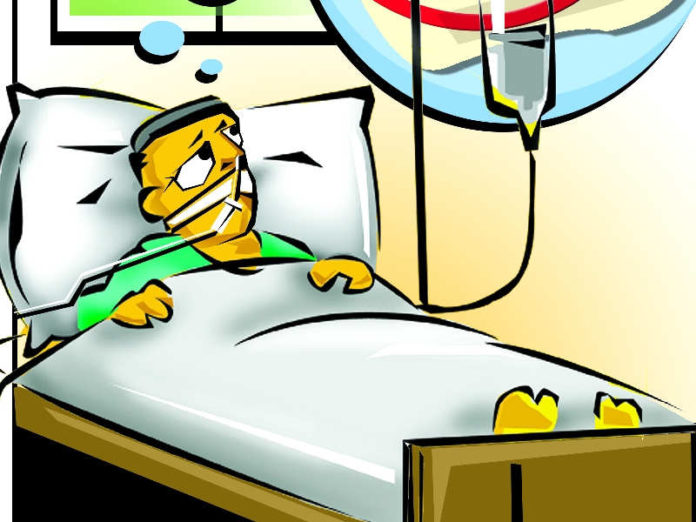 Coimbatore: Three people, including a one-year-old boy, died of H1N1 in the state on Sunday while one died of dengue.

On the day state health minister C Vijayabaskar, after an inspection at the Coimbatore Medical College and Hospital (CMCH), told reporters that H1N1 and dengue cases are declining in the state, Srinivasan, 53, a resident of Kovaidpudur, died of H1N1 in CMCH. Just hours before the minister’s visit, Indira Kumar, 70, from Pollachi had succumbed to dengue.

In Madurai, one year old Sakthivel, son of Murugan of Thiruchuzhi in Virudhunagar district, was admitted to a private hospital and later brought to the Government Rajaji Hospital (GRH) where he tested positive for H1N1. GRH dean D Marudhupandian said the boy died on Sunday morning.

P Valarmathi, 55, of Pushpa Nagar on Kangeyam Road in Tirupur, died of H1N1 in a private hospital.

In addition to the four deaths, there were three more fever deaths in GRH, which health authorities ruled out to be eigther H1N1 or dengue.

Pandiarajan, 49, of Kallikudi in Madurai, who was admitted to a private hospital with symptoms of H1N1, died on Sunday. But health authorities are yet to ascertain if the death was due to H1N1. In Trichy, only one death – of a middle-aged woman – with symptoms of H1N1 was reported, though the number of patients getting admitted in hospitals continued to rise.

CMCH officials said that in the last 10 days, the number of fever-related deaths has increased to 20 in Coimbatore. At present, 67 fever patients are undergoing treatment at CMCH of which, 17 have tested positive for H1N1 influenza and two for dengue.

The health minister assured that the patients are in stable condition and there is nothing to panic. “Most deaths are due to co-morbid conditions like heart disease, renal disease, diabetes and obesity,” he said, adding that they have been working on to control the spread of diseases.

“Another important reason for the rising death toll is that the fever patients visit government hospital only at the critical stage,” he said, adding that they have, also, given specific instructions to the private hospitals through doctors associations. “Private hospital that don’t have bed facilities should not treat fever patients. They should recommend such patients immediately to government hospitals if the blood count reduces beyond 50,000,” Vijayabaskar said.

Vijayabaskar said that the number of fever cases have started to decline. “But, fever cases from bordering districts are considerably high because of the threat from neighbouring states.”

Meanwhile, notice was issued to a private hospital in Chennai through the Tamil Nadu Medical Council for giving steroid injection to a patient, the minister added.