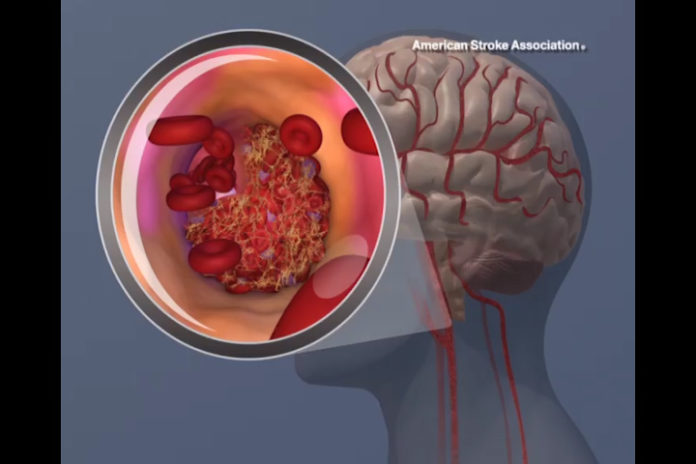 New Delhi: Experts says early administration of Clot-busting medication after Stroke is crucial in saving lives and preventing long-term disability. That is exactly what happened in case of Ganesh Nath (name changed), a 62 year old retired civil servant. Time and clot busting medication proved of essence in saving his life.

The patient  went about his morning routine as usual on June 26. However, at 6.50 am he developed weakness in the left half of the body which progressed over a few minutes to a stage where he was completely paralyzed. His wife realized that this was a stroke and immediately rushed him to Manipal hospitals, Dwarka.  Dr (Lt Gen) CS Narayanan, HOD, Department of Neurology, Manipal Hospitals, Dwarka and his team immediately assessed his condition and opted for Tissue Plasminogen Activator (tPA) therapy. With the timely infusion of tPA over one hour, Nath responded well and regained complete power in the left half of the body over the next few hours. Not only did he survive a life-threatening condition, he was also spared life-long major disability that would have left him dependent on others for day to day activities.

Dr Narayanan, who led the team, said, Early administration of Clot-busting medication after Stroke is crucial in saving lives and preventing long-term disability. The patient was a known hypertensive and diabetic. After quickly evaluating him in the ER, we got a CT scan and Stroke protocol MRI done. Reports indicated that the patient had an evolving infarct (damaged part) in the right half of the brain. After necessary tests, we opted for therapy with intravenous tPA which was infused over one hour. The patient was thereafter continuously monitored in the critical care unit. Nath exceeded expectations in his response to the administration of clot-busting medication. He regained complete power in the left half of the body over the next few hours.

The patient walked out of the hospital after four days of post-therapy without any complications. Naths case is an example of how timely administration of tPA within the window period (within 4.5 hours of the onset of stroke symptoms) substantially reduces the risk of long-term disability.

In an acute ischemic stroke, blockage of the blood vessel is usually due to a blood clot that arises in the neck or the heart which starves the brain of oxygen and nutrients. The centre of this damaged area, called infarct, may die quickly and the surrounding area may die slowly over hours.

tPA is a medication injected into a vein that can dissolve blood clots. If the clot is dissolved soon enough, the blood supply is restored, preventing further injury to the brain and preservation of function. The benefit of thrombolytic treatment decreases with time. Every minute in which a large vessel ischemic stroke is untreated, the average patient loses 1.9 million neurons (nerve cells) and 13.8 billion synapses (the connection between nerve cells). Putting it simply, Time is Brain after a stroke. Every second counts, explained Dr Narayanan.

Treatment with clot-busting medication doubles the possibility of being normal or nearly normal. This benefit comes with some increased risk of bleeding in the brain and occasionally even death. The chance of serious bleeding is about 1% in stroke patients not treated with tPA versus 6% in those who receive TPA. However, this risk is outweighed by the benefits of the treatment, provided it is given early, he added.

According to experts, tPA therapy is critical and if patients arrive at the hospital too late for the administration of tPA (outside the window period) or if tPA is not appropriate for them, physicians may remove the clot mechanically, a procedure called Mechanical Thrombectomy, with neuro-interventional techniques.

Early recognition of symptoms of stroke is crucial so that one can report to a stroke care unit and life-saving treatment can be started with minimum delay. BE-FAST (Balance problems, Eyes  double vision, Face  drooping,  Arm weakness, Speech difficulty, and Time (importance of reaching the hospital early when one notices any of these symptoms) is an acronym that everyone must remember, concluded Dr Narayanan.