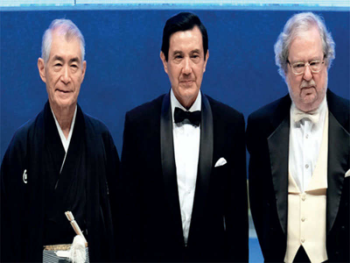 American James Allison and Japanese Tasuku Honjo won the 2018 Nobel Prize for Physiology or Medicine on Monday for game-changing discoveries about how to harness and manipulate the immune system to fight cancer.

The scientists’ work in the 1990s has since swiftly led to new and dramatically improved therapies for cancers such as melanoma and lung cancer, which had previously been extremely difficult to treat.

“The seminal discoveries by the two Laureates constitute a landmark in our fight against cancer,” the Nobel Assembly at Sweden’s Karolinska Institute said as it awarded the prize of nine million Swedish crowns ($1 million).

Allison and Honjo “showed how different strategies for inhibiting the brakes on the immune system can be used in the treatment of cancer”, it said, adding that resulting treatments, known as immune checkpoint blockade, have “fundamentally changed the outcome” for some advanced cancer patients.

Allison’s and Honjo’s work focussed on proteins that act as brakes on the immune system – preventing the body’s main immune cells, known as T-cells, from attacking tumours effectively.

Allison, professor at the University of Texas MD Anderson Cancer Center, worked on a protein known as CTLA-4 and realised that if this could be blocked, a brake would be released, unleashing immune cells to attack tumours.

Honjo, professor at Kyoto University since 1984, separately discovered a second protein called PD-1 and found that it too acted as an immune system brake, but with a different mechanism.

The discoveries led to the creation of a multibillion-dollar market for cancer medicines. In particular, drugs targeting PD-1 blockade have proved a commercial hit, offering new options for patients with melanoma, lung and bladder cancers.

► In 1992, Honjo discovered a protein on immune cells, the ligand PD-1, and eventually realised that it increased tolerance of white blood cells and prevented attacks on cancer cells.

Unlike traditional forms of cancer treatment that directly target cancer cells, Allison and Honjo figured out how to help the patient’s own immune system tackle the cancer more quickly. Their discoveries led to treatments targeting proteins made by some immune system cells that act as a “brake” on the body’s natural defences killing cancer cells.

► In 1995, Allison was one of two scientists to identify the CTLA-4 molecule as an inhibitory receptor on white blood cells that play a central role in the body’s immunity.