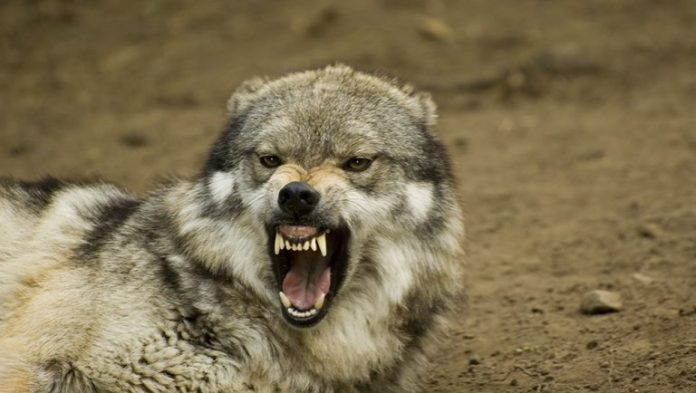 Affordable healthcare protagonists buck up Indian govt not to buckle

New Delhi: Medical devices manufacturing Multinational Companies (MNCs) in USA have assumed grotesque bearing, out to frustrate Indian Government’s much needed and lauded bid to control prices to save hapless patients from fleecing.

They want US to punish India to bring it to its knees. Generalized System of Preferences (GSP) is their device of blackmail.

In the mean time, affordable healthcare protagonists and indigenous medical device industry leaders have stood as one to buck up government to stay committed and   rebuff MNCs’ intimidating tactics. They have appealed to the govt not to buckle under pressure and barter the interests of millions of patients under any duress. MNCs’ arm twisting has Patiala MP Dharamvira Gandhi writing a letter to Suresh Prabhu, new Union Commerce and Industry  Minister. He has exhorted Mr Prabhu not to wilt under pressure and allow MNCs to derail govt’s well meaning efforts to help patients.

The profiteering monsters have been so rattled by govt’s regulation of their unconscionable laissez faire that they have finally resorted to device of blackmail. They are desperately trying to leverage the instrument of Generalized System of Preferences (GSP) to threaten govt to stay away from their hefty profit machine in sick rooms of India.

AdvMed (The Advanced Medical Technology Association), a group of med device manufacturing MNCs in US has petitioned US Trade Representative (USTR) on October 17 to browbeat India through GSP because price control measures in India have precipitated an ‘existential crisis’ for them. They have also expressed concern that India’s measure might also ‘infect’ other countries for such curb of prices. AdvMed has egged on USTR to get GSP benefits accruing to India suspended or fully annulled.

The lobby petitioned in view of the India –US Trade Policy Forum’s meet being held from October 26 so as to make their grievances a moot point there. GSP, which they want to be used as an instrument of coercion in this case, provides preferential duty free treatment for some products exported from India. Suspension of these would entail stoppage of Indian exports to US and other developed countries.

Earlier they tried to coax veritable who’s who of powers that be in Delhi, met and wrote to them. They met mandarins close to Prime Minister Narendra Modi and officials of Niti Ayog including its CEO Amitabh Kant, Department of Pharmaceuticals and National Phrama Pricing Authority. One month ago, on 17 September, US Trade Representative (USTR) Robert E Lighthizer, an official of Trump Administration, had written to Union Commerce ,Minister Suresh Prabhu and principal secretary to the PM, Nripendra Mishra. Interestingly, the tone and tenor of this letter bordered on seduction.

It seems their soft power did not cut much ice, hence they have bared fang and shed all pretensions of humanity.

India’s drug regulator NPPA (National Pharma Pricing Authority) has curbed prices of stents and knee implants in the last one year by over 70% via an emergency provision drug price control order (DPCO).

AdvMed’s misdemeanour has irked country’s affordable healthcare advocates no end. Mr. Rajiv Nath, Coordinator, The Association of Indian Medical Device Industry (AIMED), has slammed AdvMed for daring to take Govt. of India for ransom with their arm twisting techniques & to pressurize GoI to bow down to their unjust demands. Communicating with Medicare News, Mr Nath, one of the vociferous champions of PM Modi’s‘Make in India’ for affordable healthcare , said, ‘ The govt must not bow to such nasty and naked arm twisting. There is no need to be nervous. We can hit back and it will hurt them more.’

Dispovan fame, Mr Nath said, ‘It is shocking to see how U.S. MNC’s lobbying with the U.S. Trade Representatives for using threat of access to the U.S. market by Indian Exporters.’ Mr Nath has gone at great length to call the bluff of AdvMed’s claims of ease of business for Indian manufacturers in USA.

Rajiv Nath further said, ‘The US has TBT – Technical Barriers to Trade under USFDA, while these are near non-existent in India for US device companies. Indian manufacturers are barred from selling to the US government-funded health programmes and defence as India is not listed in US Trade Agreement Act referred TAA (Trade Agreement Act). India Medical Device manufacturers are also discriminated against as the US has a ‘Buy American’ policy. No such government support exists in India for domestic medical device manufacturers’.
‘These lobbying forces only care about access to Indian markets. Most of them just import. Hardly any of them manufacture in India – They lobby against Tariff increase and state it will hurt consumers but do not wish price controls which will actually benefit Consumers.’ added Nath.

Mr Nath said, ‘Price control is the outcome of unethical business practices, established and institutionalised by the leading foreign stent manufacturers, which rely upon commissions to hospitals and kickbacks to members of the medical fraternity to boost sales and gain market share. Helpless patients were therefore being charged artificially inflated prices that bore no relation to the manufacturing or import costs.’

‘Over the last two decades, the US medical device companies colluded with the hospitals and doctors in India to create an image that the multi-national products are better in terms of their efficacy and safety. Most of this efficacy was ‘perceived’ and has not been clinically proven. And that’s why the price cap was set on various medical devices.’ said Mr. Nath.
Rajiv Nath has also appealed the U.S. Govt. to investigate how the U.S. Medical Device companies are misleading, misguiding and misinforming  US Trade Representative (USTR) against India and also investigate the unethical Trade Practices of U.S. Medical Device companies indulge in India.
Dr Arun Mitra, one of the founders of ‘Doctors for Ethical Healthcare’ has warned that DEH would not allow DPCO to be rescinded. Indian govt should show nerve for its people’. DEH is the healthcare advocacy group which campaigned hard for price control of drug and medical devices.

All India Drug Action Network (AIDAN) has said in no uncertain terms, ‘Access to health products is non-negotiable; the Indian Government should reject the bullying tactics of the US based medical device industry.  Talking to Medicare News,S. Srinivasan, one of the founders of AIDAN , said, ‘ AdvMed’s move  is highly reprehensible. This is a barefaced attempt to intimidate.’