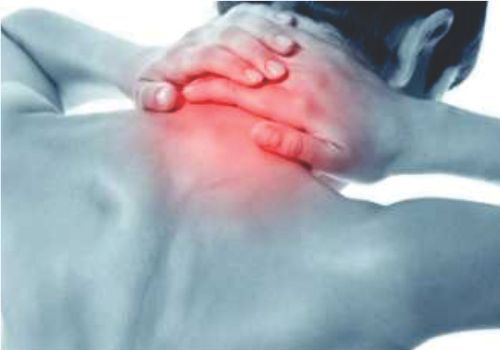 Condition can well be managed by regular exercise, fomentation and medicines

New Delhi: Come winter and people with Cervical Spondylitis are faced with really tough days, though this is a disorder in the neck that nags throughout life if left to worsen.
It has a crippling effect on them and, if left unaddressed, may culminate into involvement of entire spinal cord and manifests as paralytic condition. According to orthopaedics, computers and mobile phones are making even youngsters predisposed to developing cervical spondylitis quite early in life. It is an age related disorder and occur due to natural degeneration of cervical spine. With advancing age, cervical discs close to neck undergoes distortion and result in the disorder. Its symptoms include neck pain, giddiness, and numbness in fingers and tingling sensation in hands. Sometimes, there could also be vomiting tendency and nausea. It is a condition that should occur after 50 but incessant work on computers, use of mobile phones with hunch and lowered neck postures and fat pillows have brought the age of its affliction much lower. The same symptoms are being increasingly seen even in youngsters, though their condition cannot be equated with cervical spondylitis afflicting aged people.

Dr. Aashish Chaudhry, a well known Orthopaedic Surgeon and Managing Director, Aakash Healthcare, says, ‘Cervical Spondylitis can well be managed by regular neck exercise, medicine and fomentation. But in winter, the condition worsens with decreased physical activities due to short days, less drinking of water and cold making neck muscles stiff.
In the beginning, this condition can easily be halted simply with neck exercise but people ignore the warning signals. When the condition worsens, fomentation and medicine becomes necessary. Some of my patients learn to manage the condition in the first visit and do not come again but some of them come again and again. It simply means they did not heed advice of regular neck exercise.’
Dr. Chaudhry’s hands are full these days with people in cervical distress due to aggravated condition in winter. He further says, ‘But patients suffering with severe spondylitis condition should not straightway go for exercise. They need to consult doctor and get eased the condition by fomentation and medicines first. In some severe cases symptom may be like spinning of everything around. This symptom makes them panicky. I recommend such patients wearing collar for few days. My advice is that patients should not let the condition deteriorate so much that the entire spinal cord gets involved and they have to cope with paralytic conditions. In fact, by ignoring the early signs, we let easily manageable condition to degenerate into intractable one.’
Youngsters hooked on computers and mobile phones are becoming easy prey to this age related condition quite early. Dr. Chaudhry says, ‘Due to regular head down position for long time, even youngsters are coming with symptoms as if they are suffering from spondylitis. They also come saying this but in their case it is a misnomer. They suffer simply by stiffness of muscle due to long head down position. This condition can simply be eased by regular exercise. But word of caution for them is that if they so not do neck exercise regularly to ease the stiffness they would really be patient of cervical spondylitis quite early in life.’

Share to Facebook12Share to TwitterShare to PrintShare to EmailShare to More