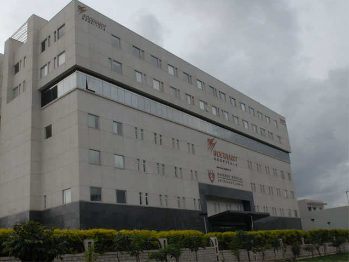 MUMBAI: After selling the major hospital chains to Fortis nine years ago, the Habil Khorakiwala-promoted Wockhardt Hospitals plans to sell four of its seven residual hospitals located outside Mumbai.

The group plans to sell properties in Nagpur, Nashik and Rajkot, according to two people aware of the development. Wockhardt has hired a Chennai-based investment bank to find a buyer for the assets.

“Wockhardt plans to keep the Mumbai assets with them and offload the other hospitals,” said one of the sources cited above. The process is in very early stages and those hospitals in tier-2 cities may fetch a price of Rs 50-60 lakh per bed, he added. Currently, Wockhardt Hospitals have a strength of more than 1,000 beds under seven hospitals.

In 2016, Wockhardt had closed down its 160-bed hospital in Cuncolim, Goa. It had shut down operations of five year-old hospital in Bhavnagar in 2013.

The hospitals are not part of the listed Wockhardt Pharma.

In 2009, Fortis Healthcare had acquired 10 Wockhardt hospitals in Mumbai, Bengaluru and Kolkata for `909 crore. At present, debt-ridden Fortis Group is in the process of selling ownership of 30 hospital chains to Malaysia’s healthcare leader IHH Healthcare Berhad in a $1.1 billion deal.

However, the recent regulatory changes has brought down investors’ interest in the sector.

“The hospital industry is going through a downturn due to the price correction and increasing operating cost. Several hospital chains are up for sale in India, but a few can find buyers,” said a Mumbai-based investment banker.

The price fixing under Modicare schemes will also affect the profitability of the private hospitals, causing exits by more players from the industry, he added.

Last year, prices of cardiac stents and knee-caps had been regulated by the health ministry.

In August, drug pricing regulator National Pharmaceutical Pricing Authority (NPPA) capped the prices of knee implants, reducing product prices by as much as 60-70%.

Cardiac stents were also brought under price control and the price of drug eluting stents were slashed to about Rs 30,000 from Rs 2 lakh.

IDFC Alternatives, the asset management arm of Infrastructure Development Finance (IDFC), could not find a buyer for its majority stake in Sahyadri Hospitals (SHL), the largest chain of multi-speciality hospitals in Maharashtra as the sale process was launched in 2016.

However, large hospital groups keep strengthening their presence in the new markets through smaller acquisitions.

India’s largest hospital chain Apollo Hospitals had acquired a 50% stake in Lucknow-based Medics International Lifesciences for Rs 90 crore two weeks ago. Apollo made its last acquisition three years ago when it acquired Guwahati-based Assam Hospital (AHL) in 2015 as part of strengthening its position in the north-east region.