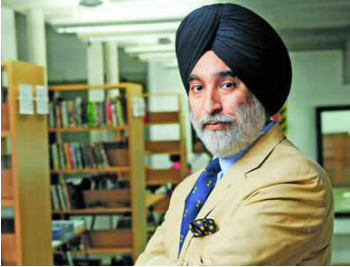 New Delhi: Max Financial Services, which houses the life insurance business of the $3-billion Max Group, has named its sponsor and founding shareholder Analjit Singh as nonexecutive chairman of the company in a filing to stock exchanges on Monday.

Singh said his appointment on the board was in consultation with current chairman Naina Lal Kidwai, who felt that as the ‘principal sponsor’ of the company he would be able to expedite decision-making. Kidwai will now continue in her role as an independent non-executive director of the company.

“I am heavily committed to India, to my businesses and my family,” Singh told ET, refuting what he termed ‘rhetoric’ about him giving up on his home turf.

The Max Group founder also ruled out speculation pertaining to his plans to exit the life insurance venture. “We are not going to exit the business. I will remain the single-largest principal sponsor,” he said.

Singh will take a four-point plan to the board of the financial services company on Friday to strengthen the life insurance business with a focus on building its proprietary distribution channels, he told ET.

The company was separated as part of a demerger process involving erstwhile Max India, following which it became a subsidiary of the listed Max Financial Services.

Max India and Max Ventures and Industries are two other listed entities that resulted from the demerger. The former houses the group’s hospitals business and its health insurance joint venture with Britain’s Bupa, while the latter is the holding company for the packaging and real estate interests of the group.

The group recorded consolidated revenues of Rs 19,151 crore in the year to March 2018, the company stated in its exchange filings. It employs 24,500 people.