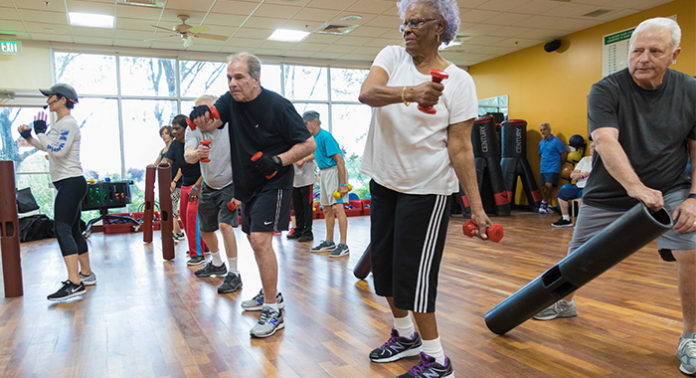 New Delhi: The most important message for upcoming World Parkinson Day on April 11 could be exercise is many times more efficacious than medicines.

This was experienced by Mahesh, 39 year old charming hunk who was diagnosed with the debilitating Parkinson disease 3 years ago. He vouched for the efficacy of exercise at the launch of support group for Parkinson patients and their families by Fortis Hospital Vasant Kunj. While sharing his experience he said he felt exercise and Yoga were 10 times more effective in Parkinson than medicines. He took to regular exercise at the behest of his treating doctor Dr. Madhuri Behari, Senior Consultant – Neurology, Fortis Hospital Vasant Kunj. 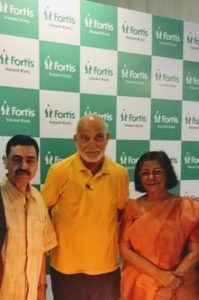 Dr Behari, while talking to Medicare News, confirmed Mr Mahesh’s stance, saying that exercise is really a super medicine for Parkinson inflicted patients. She added- many researches have shown exercises including Yoga lead to slowing of the disease’s progression. She advised Gym and cycling among others for Parkinson patients.

Mahesh, who is still doing a job, said 3 years ago while typing he felt pain in his fingers. But this symptom vanished for some time when he joined Gym. Mahesh does not seem to be a Parkinson patient at all. And he exudes a great fighting spirit.

Dr Behari later on said, ‘On 100 percent accurate diagnoses of Parkinson, a procedure called Deep Brain Stimulation (DBS), comes handy. Over 60 percent of symptoms recede. She showed video of a patient who would severely totter while trying to walk but after the procedure he was shown walking like a normal being.

The launch brought together patients and their caregivers held at the Four Points by Sheraton on April. The event witnessed the enthusiastic participation of over 35 Parkinson patients and their families. A neurodegenerative disorder, Parkinson’s disease develops slowly and the symptoms manifest themselves over a period of time. The motor skills of a person get affected as the central nervous system is compromised. Shaking, rigidity, difficulty walking and moving can indicate the onset of Parkinson’s disease. Since the disease primarily attacks and impacts the dopamine producing neurons, Parkinson’s disease is also strongly associated with mental disorders such as depression, anxiety and nervousness. 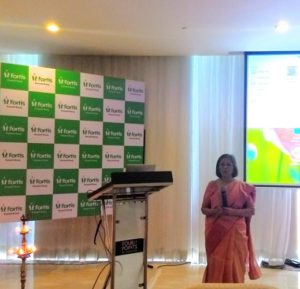 The educative activities at the launch aimed to illustrate the importance of motor co – ordination and how its absence can have a devastating effect on a person’s life. It consisted of an informative session on understanding and managing Parkinson’s by Dr. Madhuri Behari. Stress was laid on the fact that while Parkinson’s is incurable but can be managed effectively with the doctor’s guidance. However it does require family members to adopt a ‘hands – on approach’, and ensure that different aspects of the patients life – support group services, general wellness maintenance, exercise, and nutrition are taken care of. Taking care of Parkinson’s patients is a full time responsibility that requires patience and empathy.

Dr. Behari said, ‘In the forty years that I have worked as a doctor, I have seen several instances where along with patients their families are also suffering from stress. These patients suffer from problems in the limbs, hands and fingers. They also have rigid muscles, impaired postures, speech – writing defects and problems in controlling their movements. It becomes very difficult to handle patients when they are not able to control their motor movements. Therefore the thought behind establishing the support group was to promote emotional bonding between the family and the patient, ensure that patients interact with each other so that they realise that they are not alone in their fight, and remain motivated and positive. Deep Brain Stimulation is an operative option for Parkinson patients where condition can improve considerably.’

Mr. Sandeep Guduru, Facility Director, Fortis Hospital Vasant Kunj said, “The support group will be instrumental in building awareness among patients and caregivers with regard to the disease. While the patient is the primary focus for everyone, the members of the family who care for the sick patients feel the stress to carry and need support patients. In addition to this there is a need to promote awareness about the disease. There have been great advances in the management of Parkinson over the decade and we are proud to have an experienced team which is capable of handling challenging cases.”

Currently ten million people have been affected with Parkinson’s worldwide. Infrastructure and resources still need to be deployed at a national level top ensure that the burden of the disease is tackled in a strategic and effective manner.