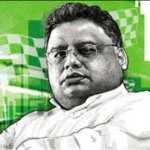 NEW DELHI: Ace investor Rakesh Jhunjhunwala questioned the recent deal struck by TPG-backed Manipal Hospitals to acquire control of Fortis Healthcare’s hospitals and its SRL Diagnostics unit, giving public expression to a view said to be widely held by minority shareholders and suggesting that it may not go through.

Jhunjhunwala didn’t say if he plans to vote against the transaction.

“There is no question of opposing,” Jhunjhunwala told ET in an exclusive interview. “First, let a stage come when the deal needs to be opposed. Today, it’s just an announcement. The board doesn’t have the power to do the deal…I think the stage where the deal will need to be voted upon will not come at all…A lot of shareholders have got in touch with me. I’ve given them the same views.”

ET had reported on March 29 that minority shareholders were unhappy with the deal.

‘Sell Through a ‘Fair’ Process’
They felt the deal with Manipal undervalued Fortis’ hospital business.

The hospital chain should be sold through a “fair” process that allows all interested parties to bid, Jhunjhunwala said. “The deal on behalf of Fortis hospitals has been approved by a board directors of which have been elected under the auspices of Mr Shivinder Singh and (his family). They are no longer the shareholders of this company,” he said, questioning the right of the board to approve and recommend the deal.

“What is the sanctity of a deal approved by aboard of directors appointed by a group of shareholders who are no longer shareholders of the company?” he added.

Former promoters Malvinder and Shivinder Singh and promoter groups saw their holding shrink to less than 1% from 34.43% in December 2017 because they were unable to redeem shares pledged against loans.

“A fair deal only happens when the deal can be showcased to everybody,” Jhunjhunwala said. He refused to comment on deal specifics such as valuation.

FORTIS RESPONSE
Fortis has “strongly” disagreed with the characterisation that the deal was not fair.

“We… hereby confirm that the board of directors are acting in their fiduciary responsibilities and in the best interest of company and all stakeholders,” a Fortis spokesperson told ET. “FHL has appointed Standard Chartered as its advisor to the deal and they have been working with us since more than a year. The current approval of the board is an outcome of a process of due diligence for more than a year and has been approved as optimal and definitive deal in hand.”

The person said Fortis has not received any formal communication till date from minority shareholders with regard to the composition of the board that approved the deal.

The in-principle approval of shareholders would be secured through a postal ballot with e-voting facility and not at an extraordinary general meeting, the spokesperson said. “The process of printing notices, etc. is underway and the same is expected to be completed within a fortnight and the voting will start immediately thereafter,” the spokesperson told ET.

Jhunjhunwala is the first minority shareholder to publicly express his opposition to the Fortis deal that was announced last week after being in the works for more than 18 months.

The Rs 3,900-crore deal was approved by the Fortis Healthcare board last week and involves the company hiving off its hospital business and merging it with the Ranjan Pai-promoted Manipal Hospitals. The second leg of the transaction involves the purchase of a significant stake in SRL. The transaction is subject to approvals by shareholders and creditors, the National Company Law Tribunal and others, Fortis told the Bombay Stock Exchange on March 27.

“A fair way to sell it is let us appoint a good merchant banker (to manage the process)… let him approve potential buyers,” he said. Malaysia’s IHH was also in the fray and had planned an open offer for shares in the open market.

Jhunjhunwala declined to disclose his current shareholding in Fortis. BSE data from September 2017 shows his family held about 1.54% in Fortis Healthcare at the time.

But people with knowledge of the matter said he and his associates still own around 6 million shares, representing about 1% of the total equity capital. Key Fortis Healthcare shareholders include Yes Bank, East Bridge Capital and BlackRock.