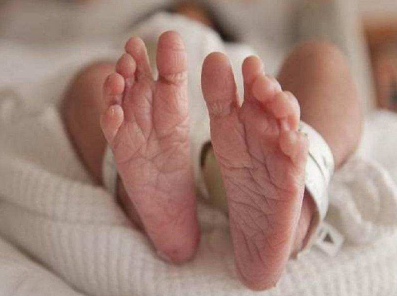 NEW DELHI: In a grim reminder of the threat posed by antibiotic resistance, data released by one of Delhi’s biggest children’s hospitals, Chacha Nehru Baal Chikitsalaya (CNBC), reveals that two out of three newborn deaths there were caused by infections, most of which did not respond to high-end drugs.

“Even ‘rescue’ antibiotics showed no response in patients, leading to treatment failure,” Dr Mamta Jajoo, professor of paediatrics at the hospital, told TOI. “Rescue” antibiotics are an old class of drugs, banned decades ago for their high toxicity, usually used as the last line of treatment.

She said the emergence of drug-resistant pathogens and indiscriminate use of antibiotics at smaller hospitals were causing high mortalities due to infection. The patient data used was from July 2011 to February 2015. “If steps aren’t taken to check antibiotic misuse, neonatal deaths may go up further.

This is because newborns have lower immunity compared with older children or adults and are more prone to catching infections,” Dr Jajoo said. Dr Jajoo and 19 other top doctors of the country took up a research project in 2010 in which all neonates admitted to AIIMS, Safdarjung, Lok Nayak and CNBC hospitals from 2011 to 2015 were followed until discharge or death.

The data for AIIMS, Safdarjung and Lok Nayak, which cater mostly to inborn babies, was published in The Lancet in 2016. It showed nearly 25% neonates died due to infection.

CNBC was the only hospital included in the research which dealt with out-born babies and the data, published recently in the medical journal PLOS One, shows that 63% of deaths among the neonates admitted to the hospital was due to infection. Dr Jajoo said most of the newborns undergoing treatment at the hospital were referred from private hospitals or nursing homes in serious condition.

“Some of the hospitals had administered multiple antibiotics to treat infection in very short duration without culture reports. This leads to resistance. We also suspect poor infection control measures among the newborns referred to us,” the doctor said, adding that if steps aren’t taken to check indiscriminate use of antibiotics, India may lose the advances made in curbing neonatal mortality.

“Children born at home, who were brought to our hospital with serious infection, also exhibited drug resistance, though to a lesser extent compared to those referred from hospitals,” Dr Jajoo said. The researchers said this reflected presence of drug resistant bacteria at the community level too.

Carbapenems are a class of highly effective antibiotic agents commonly used for the treatment of severe or highrisk bacterial infections. It is usually reserved for known or suspected multidrug-resistant (MDR) bacterial infections. But doctors at CNBC found most bacteria causing infection in the newborns were resistant to that too. In such circumstances, doctors said, they are forced to use colistin, an old drug known for its toxicity. “Even colistin is proving ineffective in some cases,” said a doctor.

Misuse of high-end antibiotics for common health conditions is common in India. When this happens, the bacteria start to build a barrier along their cell walls or enzymes to fight them. Some bacterium, such as Klebsiella pneumoniae, can develop the right barrier or enzyme to become “superbugs”.

Experts say superbugs are not uncommon and that panresistance is an emerging phenomenon that can have catastrophic consequences. According to Dr Purva Mathur, professor of microbiology at AIIMS trauma centre who was also part of the research team, antibiotic resistance is seen in nearly 40% of patients in ICU settings in India.

“There are four common ways in which superbugs can attack — ventilator associated pneumonia, surgical site infection, central line associated blood stream infection and catheter associated urinary tract infection. If hospitals can ensure that proper care is taken to avoid such infections, many lives can be saved,” she said. Dr Suranjit Chatterjee, senior consultant, internal medicine at Apollo hospital said terminally ill patients, cancer patients and those undergoing organ transplant remain the most vulnerable to attacks from superbug in the hospital setting.

“In the past decade, no new antibiotic has been developed globally. It is highly unlikely to be developed in the near future. Prevention is the only way to fight this threat,” he said.

According to the World Health Organisation, antibiotic resistance is an increasingly serious threat to global public health that requires action across all government sectors and society. “Without effective antibiotics, the success of major surgery and cancer chemotherapy would be compromised. The cost of health care for patients with resistant infections is higher than care for patients with non-resistant infections due to longer duration of illness, additional tests and use of more expensive drugs,” it states.